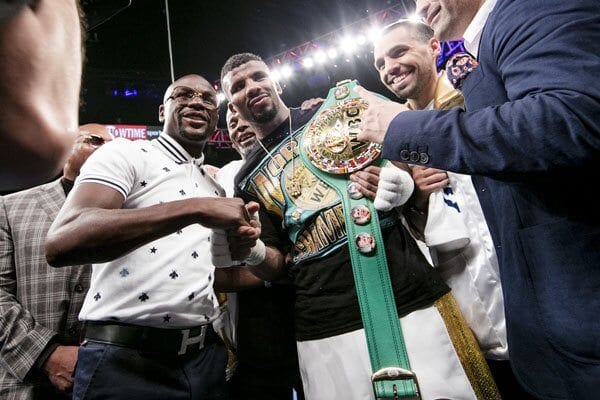 WBC super middleweight champion Badou Jack “The Ripper” (21-1-1, 12 KOs) retained his title, but not the way he wanted to as he fought to a twelve round draw against Lucian Bute (32-4, 25 KOs) on Saturday night at the DC Armory in Washington, DC. In a close fight that seemingly saw Badou Jack pulling off the fight in the late rounds after Bute started strong. The judges scored the bout 114-114 to times and one judge had 117-111 for Badou Jack.

In the Showtime telecast opener, IBF super middleweight champion James “Chunky” DeGale (23-1, 14 KOs) defended his title against Rogelio “Porky” Medina (36-7, 30 KOs) at the DC Armory in Washington DC in a bout that left more questions than answers about the champion. DeGale appeared to respect Medina’s power greatly as he never fully committed to wealth of punches and even was tagged a bit as well. The judges saw the bout 115-113, 117-111 and 117-111 all for James DeGale.