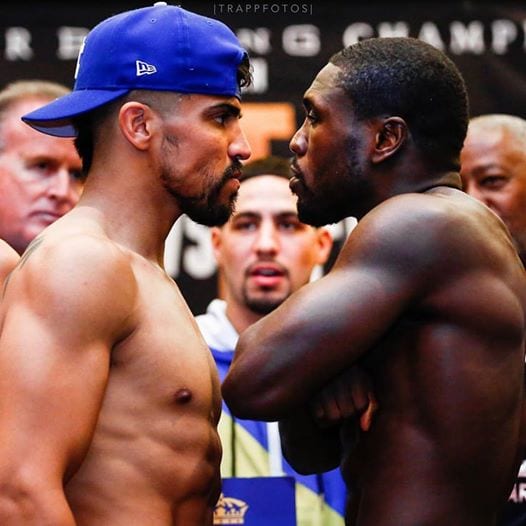 In the main event from the StubHub Center in Carson, CA in front of a sold-out crowd elterweight Andre Berto (31-4, 24 KOs) avenged his loss to Victor Ortiz (31-6-2, 24 KOs) with a fourth round knockout on Saturday night. Ortiz was cut in the first round by a head butt, but then proceed to drop Berto with a classy balance knockdown. Berto would get up to his feet and finish the fight with a right uppercut that floored Ortiz. Berto would send him back to the canvas after the knockdown forcing the referee to waive it off.

In a fight of the year contender, light heavyweight Thomas Williams Jr. (20-1, 14 KOs) scored a sensational second round KO over Edwin Rodriguez (28-2, 19 KOs) after appearing to nearly be out on his feet and also appeared to be tiring a bit. A left hook by Williams Jr. sent Rodriguez to the canvas as Rodriguez was unable to beat the ten count. Williams Jr. alluded to potentially facing Adonis Stevenson in his next bout ringside.

In the opening bout of the telecast, Jorge Lara (29-0 21KOs) picked up the biggest win of his career by stopping game veteran Fernando Montiel in the first round of the opening bouts on the Fox broadcast. Montiel was dropped four times in less than half a round with a check right hook causing the majority of the damage. Montiel was knocked out cold.