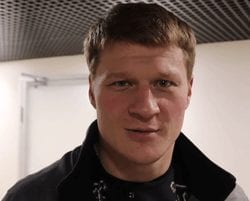 WBC heavyweight champion Deontay Wilder and his foe, Alexander Povetkin voluntarily agreed to Voluntary Anti-Doping Association (VADA) in connection with their upcoming May 21 WBC world heavyweight championship. It was announced today, which came as surprise to very few, that Povetkin’s sample came back with a banned substance, Meldoium, most known as the substance Maria Sharapova was caught for.

The fight has not been canceled as of yet as both sides are waiting on a ruling from the WBC.