Boxing returns to the Bay Area on May 21st 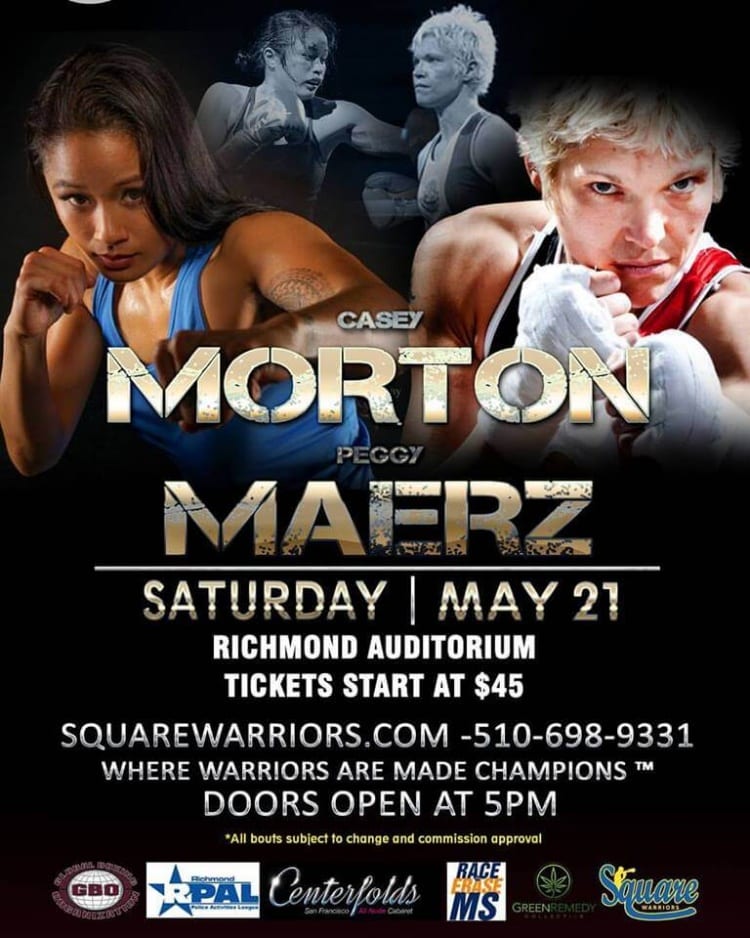 Squarevision Entertainment is back with another card that is stacked from top to bottom as the promotion invades the Richmond Auditorium on May 21st.

The card features the following bouts –

Junior lightweight Moises Benitez (4-0 2KOs) of Dreamland Boxing in San Jose, CA taking on Jhonnathan Zamudio (1-2-3) of HitFitSF in San Francisco, CA in a six round bout, women’s super-flyweight Casey Morton (3-0-2) who is trained by Jairo Escobar takes on Peggy Maerz (2-9-1) of New York, super lightweight Luis Garcia (4-0-1 3KOs) is looking to make some noise in front of his hometown of Richmond, CA as he faces MMA champion Gabriel Solorio, super-flyweight Israel Hernandez (0-1-1) of the Kennel Boxing Gym in San Leandro is looking to get his first career win as he faces Jose Marin (pro debut), junior middleweight Joel Siapno (1-1-1 1KO) also of the Kennel Boxing Gym will take on David Cruz (0-1) of Sacramento, top prospect Rudy Macedo (1-0 1KO) who trains out of Donaire Sr. Boxing Gym in Oakland, CA will take on Elih “The Wolf” Lizama (0-1) of Salinas, CA, women’s olympic alternate in the middleweight division Raquel Miller will make her debut against Sara Flores of Fresno, CA, lightweight Pedro Madriz of Santa Rosa, CA will make his pro debut against Oscar Rojas (1-2) of Salinas, CA, Daniel Reynoso will make his pro debut against Luis Casillas who is also making his pro debut.

Mike Davis of Richmond, CA might be on the card, but his opponent was injured during sparring and had to pull out of the bout. Bilal Mahasin at the time of this release is not on the card after his original opponent, Brandon Dino Adams pulled out of the bout and his replacement opponent, Moris Rodriguez also pulled out last minute. On top of all of this Adam Fiel who was fighting for the featherweight GBO title was injured during training and had to withdraw with the bout as well against undefeated Alberto Torres of Sacramento, CA.

Ticket information is available at SquareWarriors.com with tickets ranging from $45 and $100 for ringside.

Boxing returns to the Bay Area on May 21st