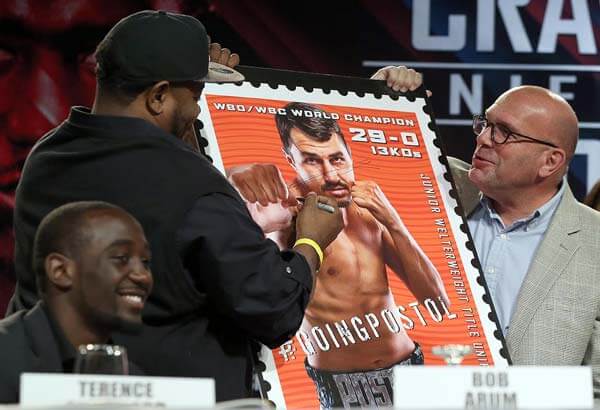 The July 23rd clash between Terence Crawford and Viktor Postol which will take place at The MGM Grand on HBO pay-per-view is now starting to get a well-rounded undercard.

In the co-main event slot, recently crowned WBO super middleweight champion, Gilberto Ramirez will make his first title defense against Dominik Britsch of Germany. Featherweight Oscar Valdez will fight Matias Carlos Adrian Rueda for what is being rumored to be for the vacant WBO featherweight world title. The card will open with Jose Benavidez making his debut at welterweight facing Francisco “Chia” Santana.

Shumenov & Flores round out Saturday's undercard in separate bouts