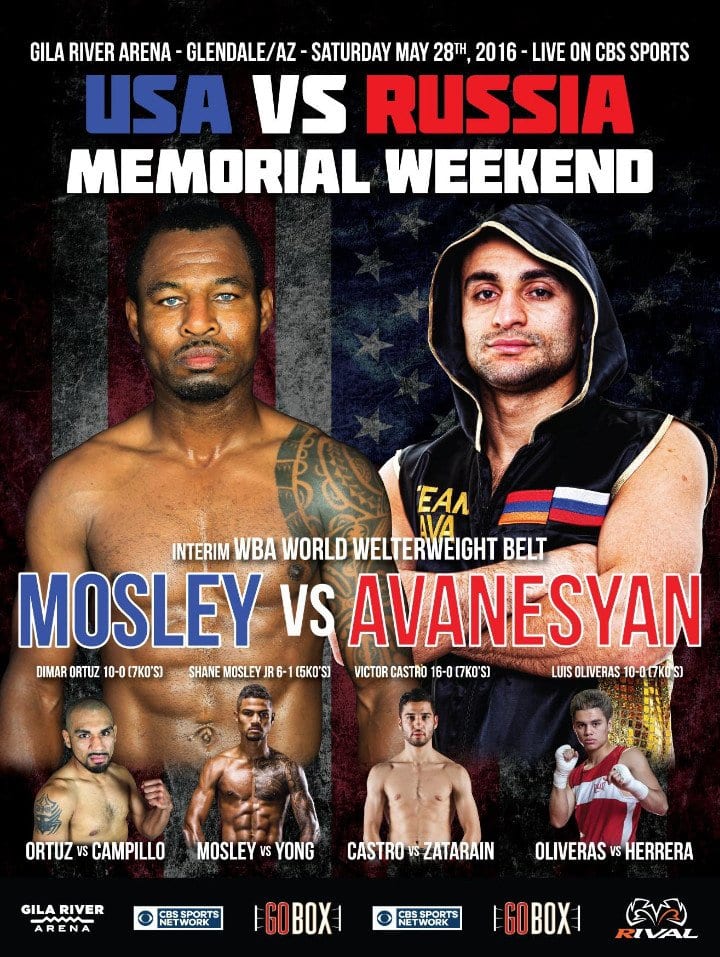 WBA interim welterweight champion David “Ava” Avanesyan (22-1-1, 11 KOs) retained his title with a twelve round unanimous decision over “Sugar” Shane Mosley (49-10-1, 41 KOs) on Saturday night at the Gila River Arena in Glendale, Arizona. The fight was close and ugly, it saw Mosley deducted point for a low blow and a bunch of swing rounds, none of which that seemed that appealing to the aesthetics of the bout. In the end, the judges saw the bout 114-113, 117-110 and 117-100 all for Avanesyan.

Avanesyan is now the number one contender for the WBA welterweight title that will be contested between Keith Thurman-Shawn Porter on June 25th.

Cruiserweight Dimar “El Animal” Ortuz (11-0-2, 8 KOs) opened the telecast by dominating Ricardo Campillo (9-10-1, 7 KOs) until the bout was called to a stop in the sixth round.