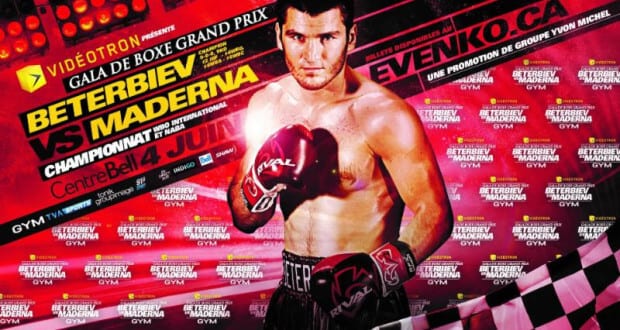 Light heavyweight star Artur Beterbiev will return tomorrow on June 4th at the Bell Centre in Quebec, Canada against Ezequiel Osvaldo Maderna. Maderna missed weight for the bout as well that is promoted by GYM promotions.

The fight will be broadcast nationally tomorrow on ESPN as a part of the Premier Boxing Champions series of programming.