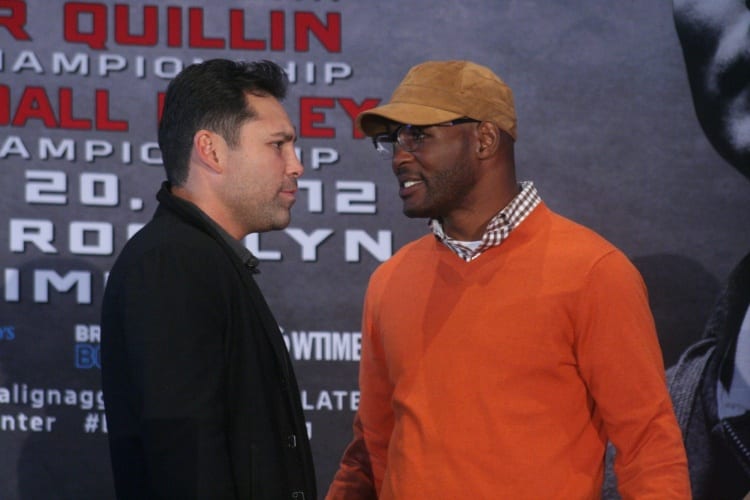 Golden Boy Promotions Chairman and CEO Oscar De La Hoya has issued the following statement with regard to the passing of “The Greatest” Muhammad Ali:

“It is with great sadness today that we mourn the loss of the Greatest of All Time – Muhammad Ali. I send my deepest condolences to his family, and pray for strength and peace for them during this difficult time.

“Muhammad Ali is a legend and one of the world’s most celebrated athletes, the fighter who ushered in the golden era of boxing and put the sport on the map. He paved the way for professional fighters including myself, elevating boxing to become a sport watched in millions of households around the world.

“Beyond his incredible talent, he also made boxing interesting. Ali was fearless in the ring, and took on the toughest, most challenging opponents. Ali exemplified courage-he never took the easy route, something to be admired in and outside of the ring.

“As he grew older, he didn’t let his physical condition become an excuse to stop working; he continued to work hard, focusing on giving back to the community. Today, as we reflect on his life, let us remember a man who pursued greatness in everything he did and be inspired to hold ourselves to that same standard. Rest in peace, my friend.”