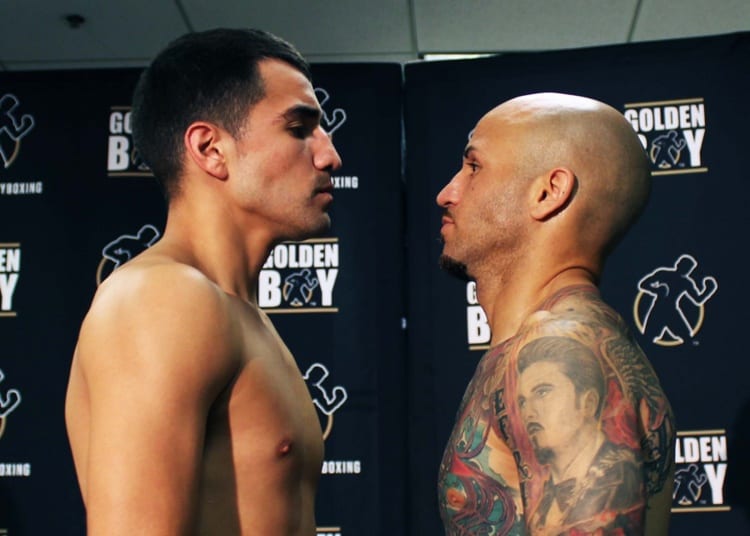 In a LA Fight Club main event hailing from the Bellasco Theater in Los Angeles, CA, featherweight Ronny Rios (26-1 11KOs) is continuing his resurgence as he earned a second round TKO over Efrain Esquivias (17-5-1 10KOs). The stoppage may have been earlier, but was going to come regardless as Rios looked as strong as ever after coming of his career defining win over Jayson Velez.

Super lightweight Zachary “Zungry” Ochoa (15-0, 7 KOs) of Brooklyn scored an eighth round knockout over Luis Joel Gonzalez (11-4-1, 6 KOs) in the co-main event . Gonzalez seemingly hurt Ochoa in the third round as Ochoa’s knee buckled, but never hit the canvas. Ochoa would weather the storm and stay composed landing a right hand in the eighth round that knocked Gonzalez out cold.

In the opening bout of the telecast, the first female to grace the LA Fight Club (7-0, 1 KO) venue took place as Seniesa Estrada took part in a flyweight bout as she outpointed Christina Fuentes (4-8-5). Fuentes dropped Estrada with a right hand in the third round, but strangely hit Estrada when she hit the canvas as she lost a point in the process. The judges scored the bout 59-54, 59-54, and 58-54 for Estrada.

Rances Barthelemy gets off canvas to retain belt over Mickey Bey