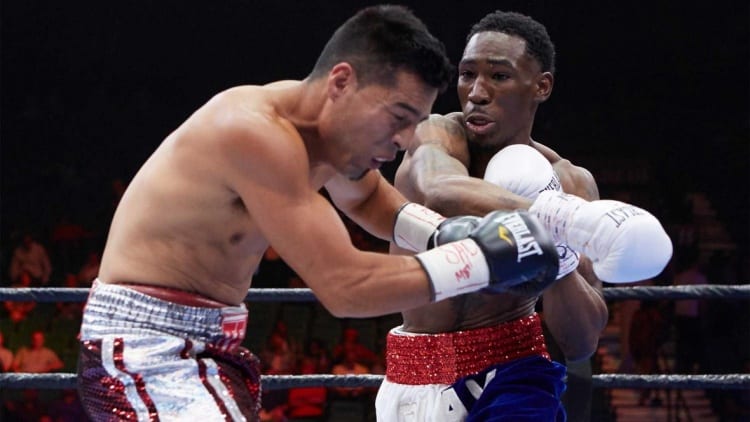 The often-avoided fighter, who is mandatory challenger for the IBF strap, was anticipating a showdown with champion Rances Barthlemey, and was ringside to watch the Cuban defend his title against Mickey Bey last Friday.

However, yesterday the IBF announced that Barthlemey has opted to vacate the title rather than face Commey, and have now ordered the 29 year-old to meet Easter Jr, the next highest ranked contender, for the vacant belt.

Both parties have agreed to the fight in writing and have until July 6 to come to an agreement before the IBF calls for purse bids.

Speaking today at a press conference at the Kempiski Hotel in Accra, Ghana, Commey expressed his delight at landing his long-awaited World title shot.

‘’I’m really exited to finally get my shot at the World title,’’ said Commey. ‘’I have been waiting too long and too many fighters have avoided me, but it seems like we are finally there. I would like to thank my promoter Team Sauerland for helping to get this opportunity, which I will take with both hands.’’

Commey’s promoter Nisse Sauerland says he is confident the former Commonwealth and IBF Intercontinental Champion can claim the World title and has revealed his desire to stage the fight in Ghana.

‘’We’re delighted that Richard will finally get his chance to fight for the World title,’’ said Sauerland. ‘’This has been a long time coming, and Richard has been very patient, but now his time has come.

‘’He is, in my opinion, the best lightweight in the World, and I have every confidence he will win the World title and then go on to unify the division.

‘’We will try our best to bring this fight to Ghana. My father started his career promoting fights in Africa and we would love to bring big-time boxing back to Ghana. This country has a rich boxing history with many great World Champions, and Richard can take his place among these greats by winning the IBF title.’’

Katie Taylor added to Canelo vs. Rocky card on Dec.15th