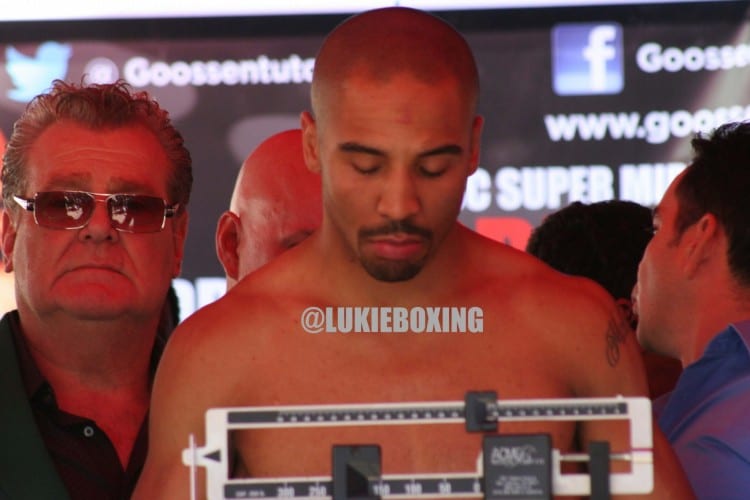 The deal which is still not officially signed appears to be officially announced next week.

This will be Andre Ward’s third fight since returning after a lengthy lay-off and his second fight this year as he defeated #1 contender Sullivan Barrera earlier this year.

Sergey Kovalev and Andre Ward made an informal, or maybe formal behind closed doors, agreement that they would take one more fight before facing each other. Kovalev will face Isaac Chilemba on July 11th in Ekaterinburg, Russia which will be a rare Monday night HBO card.

Brand was a rumored Ward opponent late last year when Ward was speculated as being on the Miguel Cotto-Canelo Alvarez undercard on HBO pay-per-view. Ward was forced out of the fight with a knee injury in training camp. Brand last fought in December picking up a split decision win over Medzhid Bektemirov. Brand’s last loss was to Badou Jack

Even with Brand (25-1, 19 KOs), Ward was initially scheduled to face him last fall as part of the Canelo Alvarez-Miguel Cotto HBO Pay-Per-View on November 21 at the Mandalay Bay. The fight was canceled after Ward suffered a knee injury in training camp. Brand’s last fight took place last December when he won a ten round split decision over previously unbeaten Medzhid Bektemirov. Brand lone loss is to WBC super middleweight champion, Badou Jack.