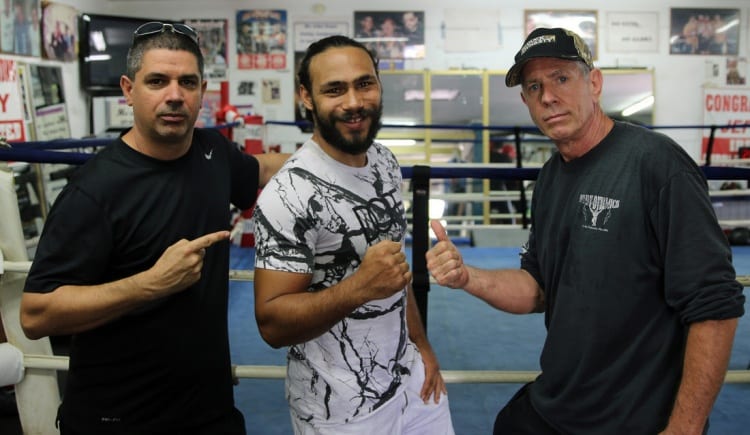 The stacked undercard for the highly anticipated Keith Thurman vs. Shawn Porter welterweight showdown is complete and will feature a pair of popular Brooklyn fighters as heavyweight Adam Kownacki (13-0, 10 KOs) battles hard-hitting Jesse Barboza (11-1-1, 7 KOs) in an eight-round bout while crowd-pleasing featherweight Heather “The Heat” Hardy (16-0, 4 KOs) takes on Colorado’s Kirstie Simmons (8-1, 2 KOs) in an eight-round contest on Saturday, June 25 from Barclays Center.

Tickets for the live event, which is promoted by DiBella Entertainment, start at $49 and are on sale now. Tickets can be purchased online by visiting www.ticketmaster.com, www.barclayscenter.com or by calling 1- 800-745-3000. Tickets are also available at the American Express Box Office at Barclays Center. Group discounts are available by calling 844-BKLYN-GP.

A popular Brooklyn fighter who competed in Barclays Center’s first-ever professional female boxing match, Hardy has become a staple at the arena since. On June 25, she will be making her seventh appearance at Barclays Center. A little over two years after her pro debut, Hardy won an international title belt in the super bantamweight division in October 2014. In 2015, she defeated Noemi Bosques and Renata Domsodi twice. In her lone 2016 fight, she stopped Anna Donatella Hultin in the fourth round. She will be opposed by Aurora, Colorado’s Simmons who has won nine fights in a row after losing her pro debut.

A two-time New York Golden Gloves champion, Kownacki had a big 2015, notching four victories including knockouts of Maurenzo Smith and Randy Easton. Born in Lomza, Poland, the 26-year-old now calls Brooklyn home. His 2016 campaign began in January at Barclays Center when he defeated Danny Kelly in front of a raucous Polish crowd. He will take on Barboza out of Hyannis, Massachusetts. The 29-year-old Barboza was a three-time New England Heavyweight Golden Gloves champion.