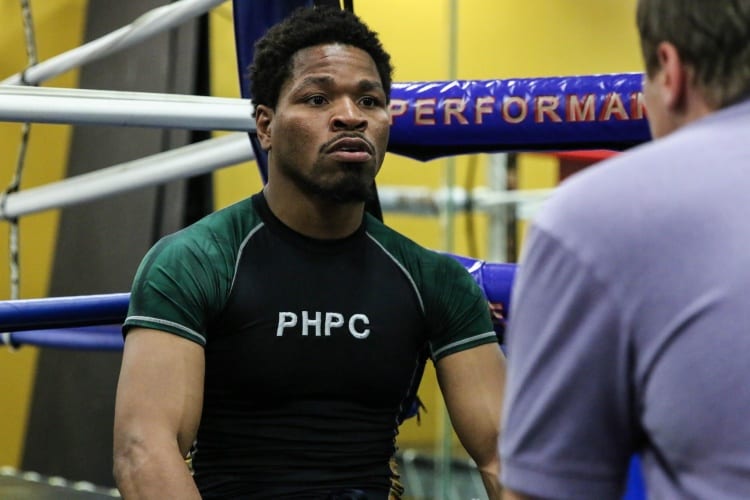 The majority of the fighters polled – some of whom are potential opponents down the line for the winner – lean toward Thurman, but most all concede that Saturday’s eagerly awaited main event of a SHOWTIME CHAMPIONSHIP BOXING® on CBS event, presented by Premier Boxing Champions (9 p.m. ET/6 p.m. PT) at Barclays Center is going to be an intense, exciting, tight fight from start to finish that could go either way.

“I think this is a great matchup. Thurman has the boxing ability and the movement while Shawn Porter is the aggressor and he’s going to bring the heat. To be honest with you it’s a 50-50 fight, but I would give the edge to Keith Thurman by a very close decision.”

“This is a great fight, one I can’t wait to watch. If Shawn can stick to his boxing I think he can become world champion again on points, but Keith is heavy-handed and he could walk Shawn onto one – it’s really a pick ’em fight for me.”

“I think this is a great fight between young fighters with good skill. Shawn throws a lot of punches while Thurman is a boxer who can punch too. I know Shawn will be aggressive and it should make for a great fight. If Keith can box and keep Shawn Porter on the outside I see Keith Thurman winning. If Shawn stays on the inside and stays in the chest of Keith, I see him winning.”

“Shawn is going to come, but I think Keith will be on his toes and box but also drop hard shots as well when Shawn comes in. Keith can be very versatile in there and has a lot of great skills, while Shawn is more like a bull. Keith will hurt or knock Shawn down but will keep coming all night.”

“Shawn is a pressure fighter and Thurman used to be a pressure fighter but now he boxes. It’s really hard for me to decide who is going to come out on top. Thurman has good power. It all depends on how Shawn is able to take Thurman’s punches. I think Thurman because of the power but Shawn will bring it for 12 rounds.”

“This is a fight the fans are going to love watching. Both Thurman and Porter bring exciting styles to the ring. I think if Porter can keep the fight on the inside he’ll have a better chance to come out victorious. But Keith Thurman is a very smart and powerful fighter and will make the right adjustments. I just think Thurman is going to outbox Porter. I’m picking Thurman to win by decision in a very tough fight.”

“I’m not sure who the favorite is, but I’m going with Porter. I like his style and I think it’s going to be interesting to see how Thurman holds up with the pressure Porter is going to bring.”

“It’s a very exciting fight. Both fighters are come forward type fighters and they swing for the fences when they throw. I don’t know who will come out on top because they have similar styles. Shawn Porter has decent power, but out of the two Keith has the more power. We’ll see. This is boxing.”

The live CBS telecast with open with a 10-round matchup between undefeated super welterweight prospects Jarrett Hurd and Oscar Molina.

Tickets for the live event, which is promoted by DiBella Entertainment, start at $49 and are on sale now. Tickets can be purchased online by visiting www.ticketmaster.com, www.barclayscenter.com or by calling 1- 800-745-3000.