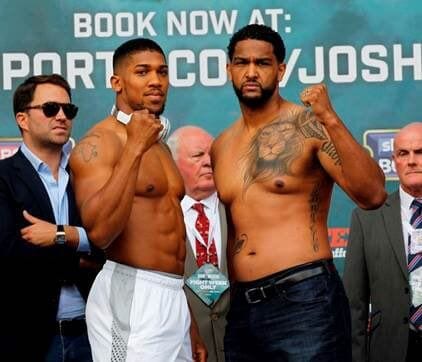 IBF heayweight champion Anthony Joshua (17-0 17KOs) defeend his title against Dominic Breazeale (17-0 15KOs) in front a sold-out crowd on Saturday night at the O2 Arena in London. The hand speed of Anthony Joshua proved too much for Breazeale as a slow and steady beatdown ended in the seventh round as he dropped Breazeale twice with the fight being ruled off upon the second knockdown.