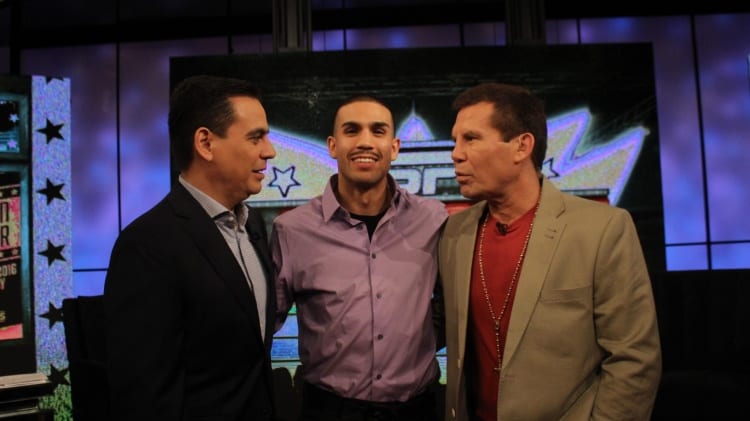 2012 U.S. Olympian Jose Ramirez returns in a junior welterweight clash on July 9th at Tachi Palace in Lemoore, CA against Tomas Mendez in Ramirez’s return to central California in 2016 after fighting on HBO pay-per-view undercard of Manny Pacquiao-Timothy Bradley III earlier this year. The co-main event features San Jose, CA’s Andy Vences taking on Moises Delgadillo, Vences is a hot prospect in 130 lbs division who is looking to get his second win for 2016.

Also featured on the card, which may or may not make the television broadcast of UniMas’ “Solo Boxeo” broadcast, will be middleweight Joe Louie Lopez of Fresno, CA taking on Ernesto Martinez. Lopez got the biggest win of his career in his last bout against Liam Vaughn of Wild Card Boxing Gym in Hollywood, CA. The rest of the card features Eric Altamirano, formerly of Concord, CA, will face Daniel Tran in a six rounder. The Madera brothers will be in action as Quilisto “Kilo the Kid” Madera will be in middleweight action against Rafael Valencia while his brother 140 lbs Hector “Ector” Madera will be making his pro debut against Kevin Davila and the opening bout is Efren Lopez making his pro debut.

In a very exciting and fan friendly fight on paper Albert Pagara will face Cesar Juarez in a bout for a form of the WBO title. Jaurez nearly defeated Nonito Donaire last year on TruTV card in Las Vegas, NV. The undercard features Albert’s brother, Jason Pagara facing Abraham Alvarez at welterweight, Hector Valdez putting his perfect record on the line against Vincent Jennings in a featherweight bout.

A slew of local talent will also be featured on the untelevised undercard as local favorite junior middleweight Ricardo Pinell who fights out of B St Boxing in San Mateo, CA will face Roberto Yong. Pinell was in camp with Andre Berto, Willie Nelson and currently Levan “The Wolf” Ghvamichava. The Kennel Boxing Gym in San Leandro, CA will feature two fighters from their gym as Mauricio Zavaleta rematching Darren Mallard in a six round junior middleweight bout, Mallard won the first bout as well Israel Hernandez of The Kennel Boxing Gym will be looking for his first professional win against Michael Flores. The opening bout will be Lennard Davis versus David Figueroa.

Tickets are available here (send a message for ticket information)

Manuel “Tino” Avila is close to a world title shot he returns in a stay busy fight in a homecoming bout of sorts against a game and tough vet in Propser Ankrah. This bout will be for the IBA featherweight title. The co-main event features Manuel Roman and Javier Gallo in super bantamweight action that will feature to action fighters most likely fighting a phone booth fight.

Featherweight Alberto Torres will rematch Jesus Sandoval in a six rounder.,Torres and Sandoval fought to a draw three years ago and are looking to settle the score. Vallejo, CA’s Ryan Bourland will be in his toughest fight as a pro as he takes on Mexican Olympian Gilberto Rubio in a six rounder, 18 year-old power punching prospect Pedro Moreno will be back in action against Derek Bartlemay as well as popular cruiserweight Blake McKernan will taking a dramatic step-up in competition as he fights Mike Gonzalez, an MMA fighter who has trained boxing for many moons