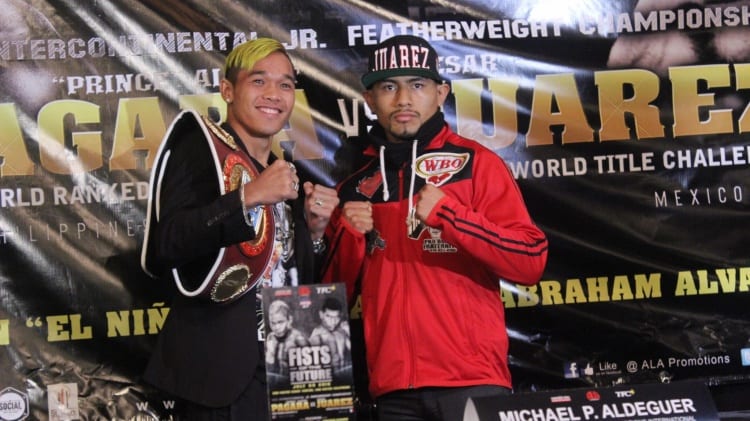 ALA Promotions is making it’s debut in the Bay Area by holding a show in San Mateo, California at the San Mateo Events Center. The card entitled “Fists of the Future” is headlined by rising prospect “Prince” Albert Pagara taking on former WBO world title contender Cesar Juarez. Pagara’s brother, Jason will also be in action on the card taking on Abraham Alvarez in the co-main event.

Local talent is sprinkled throughout the card as San Francisco, CA’s Ricardo Pinell, who trains in San Mateo, CA will fight on the undercard as well as Hayward, CA’s Kennel Boxing Gym will have two fighters in action as Israel Hernandez will seek his first win and Mauricio Zavaleta will rematch Darren Mallard Jr.

Below are videos from the press conference