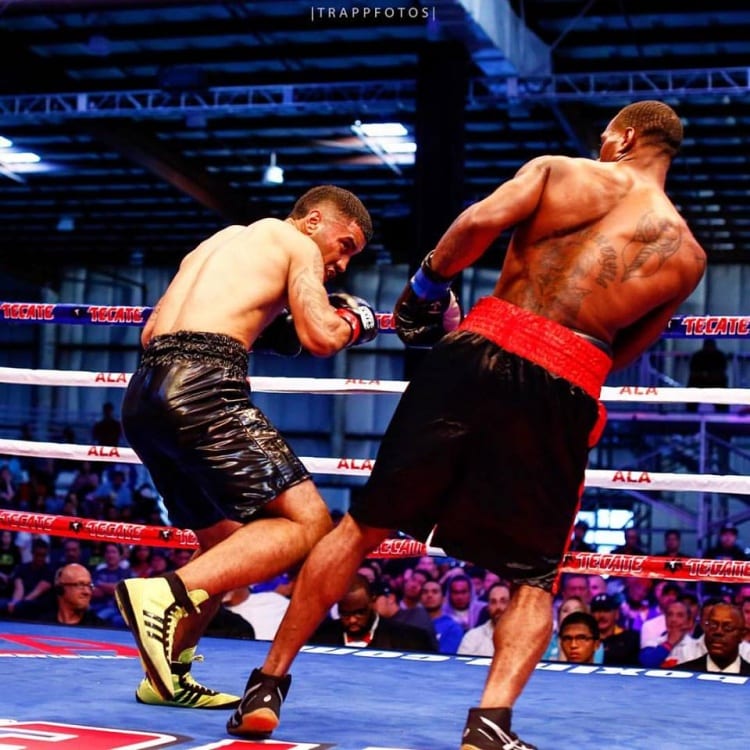 Cesar “Corazon” Juarez (18-5, 11 KOs) pulled one of the biggest upset of the year with an eighth round super bantamweight “Prince” Albert Pagara (26-1, 18 KOs) on Saturday night at the San Mateo Event Center in San Mateo, California. Pagara dropped Juarez at the end of round one with a clean left hook, but Juarez systemically broke down Pagara who was folded in the eighth round and unable to get to his feet. Juarez nearly beat Nonito Donaire last December for the WBO title.

Middleweight Ricardo Pinell (14-2-1, 8 KOs) of San Francisco, CA knocked out Robert Yong (5-9-2, 4 KOs) in the second round. Yong layed motionless for minutes, this was Pinell’s second win in the past month, give or take. Pinell has sparred Andre Berto, Willie Nelson and Levan “The Wolf” Ghvamichava in consecutive camps.

Super Welterweight Mauricio Zavaleta (3-2-1, 2 KOs) of Kennel Boxing Gym in San Leandro defeated Darren Mallard Jr (3-2-1) by way of six round decision. Zavaleta overpowered Mallard, who beat him in their first bout two years ago. The judges saw the bout 57-57, 59-55 and 59-55.

Super featherweights Pedro Duran (14-0-1, 11 KOs) and Edgar Gabejan (27-33, 9 KOs) fought to an eight round split draw. In a close technical bout that saw Gabejan use his distance where Duran provided constant pressure that created an evenly contested bout. The judges saw the bout 77-75 Duran, 78-74 Gabejan and 76-76.