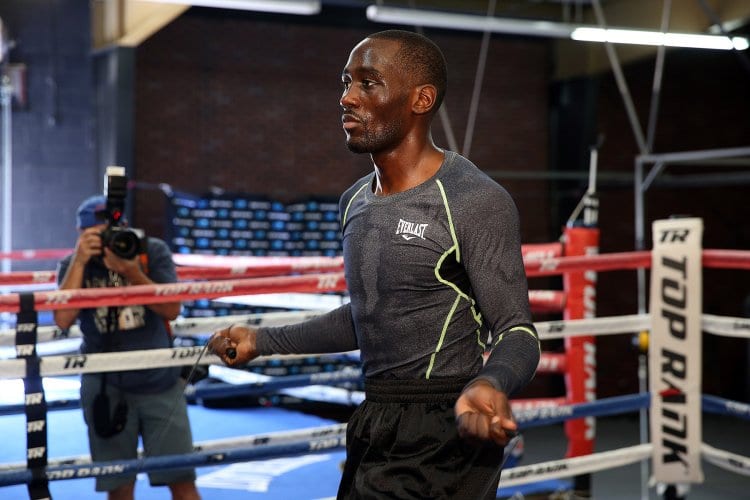 In the main event of the HBO Pay-Per-View from the MGM Grand Garden Arena in Las Vegas, Nevada undefeated junior welterweight star Terence Crawford (29-0 20KOs) continued his dominance of the boxing world as he defeated Viktor Postol (28-1 12KOs).

Crawford who started off slow and in many ringside observers eyes and probably the narrative that will be written about the fight, lost two of the first three rounds. That said from that point on Crawford shut-out Postol and sealed the deal with two knockdowns in the fifth round.

Postol by the ninth round looked flat-out confused as he couldn’t land a single punch and feared being countered. Crawford simply was too much for the game world champion, Postol as he dominated him to the final bell.

“It’s whatever, I let my coaches handle that.” said Crawford after the bout when asked about Manny Pacquiao.

With the win Terence Crawford is now the WBO and WBC junior welterweight champion. The other two champions that hold world titles in the division are the WBA world champion Ricky Burns, a man Crawford has already beat at lightweight, and IBF world champion Eduard Troyanovsky, a man that seemingly no one knows.