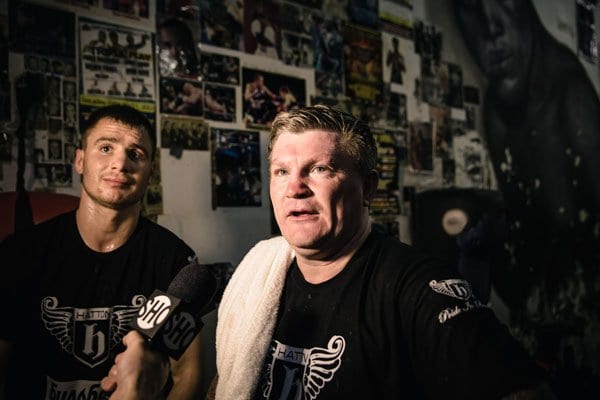 On Saturday night, Ricky Hatton returns to the ring, but as a trainer for Sergey Rabchenko as his fighter takes on Tony Harrison in a IBF junior welterweight eliminator bout.

Fighting out of Belaraus, Rabchenko (27-1, 20 KOs) is looking to put himself squarely into world title contention when he makes his U.S. debut on July 30. The 30-year-old is coming off of stoppage victories over Walter Calvo in May 2015 and a Miguel Aguilar in February.

At just 25-years-old, Harrison (23-1, 19 KOs) has showed tremendous promise. He manufactured a 10-fight knockout streak from 2013 to 2015 and proved he could recover from a loss when he dominated Cecil McCalla for 10 rounds in October 2015 and stopped Fernando Guerrero in impressive fashion in March.