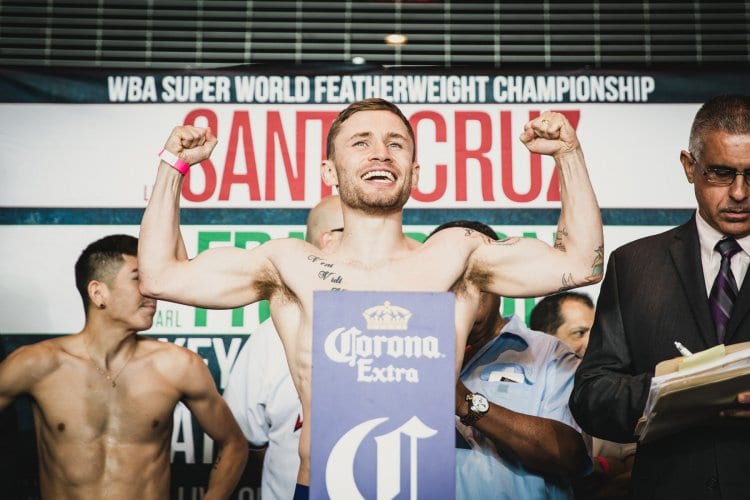 In the main event in front of a packed house in Brooklyn, New York at the Barclays Center, Carl Frampton (23-0 14KOs) may have cemented his own legend as he went stateside to defeat highly touted Mexican-American featherweight Leo Santa Cruz (32-1-1 18KOs).

From the early get-go, Frampton sat down on punches to make Santa Cruz respect him as well as angles so Santa Cruz couldn’t plod forward. The middle rounds saw Santa Cruz pick up the pace and nearly even the fight through volume. Yet the clever Frampton was able to create deception that saw Santa Cruz’s jab ineffective due to the angle it was thrown at.

The final frame saw both fighting fairly even with the bout in balance it appeared to sway into Frampton’s hands.