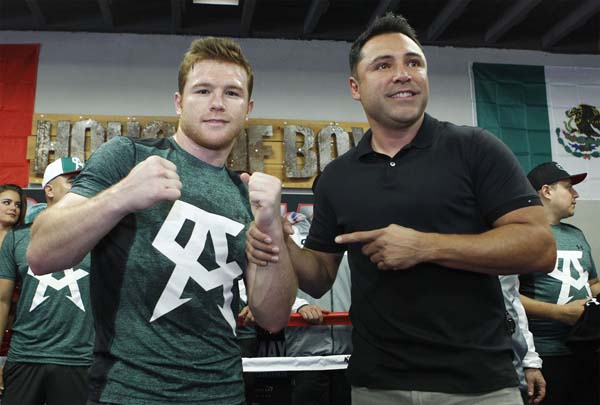 Today, “The Raging Babe” Michelle Rosado, the co-main and the third bout on the card was announced this morning as middleweight Gabriel Rosado will face Willie Monroe Jr. in the co-main event of Canelo Alvarez versus Liam Smith.

Also on the pay-per-view telecast is featherweight Joseph Diaz Jr taking on Andrew Cancio and the opening bout which was announced via Twitter will be Diego De La Hoya taking on Orlandito del Valle.

Canelo vs. Smith, a 12-round fight for the WBO Junior Middleweight World Championship, is promoted by Golden Boy Promotions in association with Frank Warren and Canelo Promotions, sponsored by “Tecate, BORN BOLD” and Casa Mexico Tequila. The event will take place on Saturday, September 17 and will be produced and distributed live by HBO Pay-Per-View beginning at 9:00 p.m. ET/6:00 p.m. PT.

DiBella says after Sunday no more fights in NYC, insurance is too high