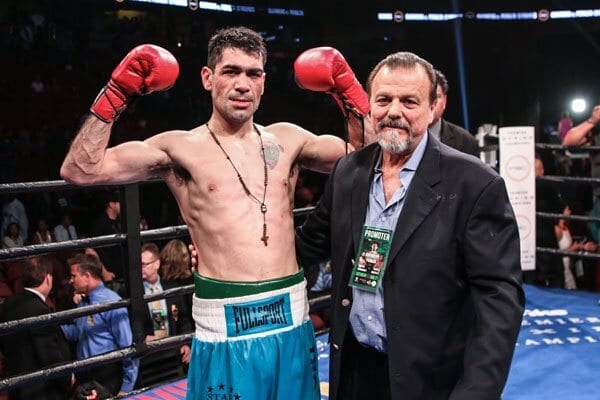 In a massive upset David Peralta (26-2-1 14KOs), a 70 to 1 underdog with a modest at best record defeated household name and former world champion Robert “The Ghost” Guerrero (33-5-1 18KOs) in a welterweight bout at the Honda Center in Anaheim, CA.

The bout saw Guerrero win the early rounds, but surprisingly fade in the late rounds with the bigger man pressing forward as Guerrero seemed to be dropped in late in the fight, but have not be scored a knockdown.

In the co-feature, Freddy “El Riel” Hernandez (34-8, 22 KOs) outpointed Alfredo “El Perro” Angulo (24-6, 20 KOs) over ten rounds to win a dominant decision with the scores of 98-92, 97-93, 97-93. Hernandez appeared to outbox Angulo early, a cut over Hernandez’s eye opened up by Angulo punch appeared to slow Hernandez a bit, but Angulo could never capitalize fully.

Canelo-Smith drop VADA, for some reason tell "...no need for concern"