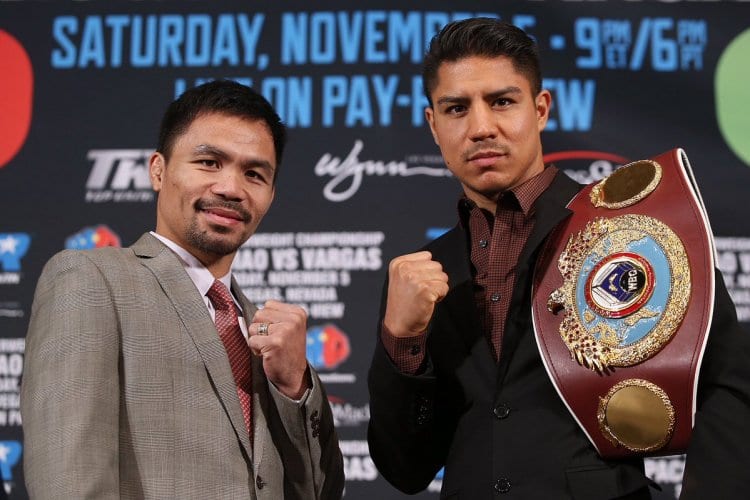 As many may know Top Rank decided to go without a major network for their upcoming pay-per-view featuring Manny Pacquiao versus Jessie Vargas. In doing so, the November 5th fight was in need of a broadcast crew and this morning it was announced that ESPN host Stephen A. Smith, former Showtime commentator Brian Kenny, Extra co-host Charissa Thompson and Timothy Bradley will call the fight with Crystina Poncher getting interviews with fighters and roaming the arena during.

As previously stated Pacquiao-Vargas will take place November 5th at the Thomas and Mack Center in Las Vegas, Nevada. Tickets are available here.