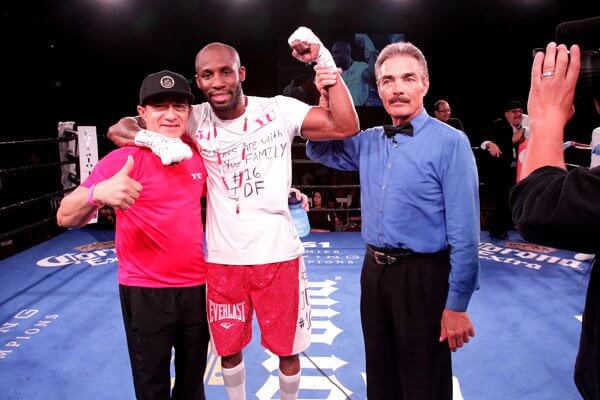 Welterweight  Yordenis Ugas (17-3, 8 KOs) scored a fourth round TKO over previously unbeaten rising prospect Bryant Perrella (14-1, 13 KOs) on Tuesday night at the Buffalo Thunder Casino, New Mexico. Ugas dropped Perrella in the first round and dominated the fight until catching the young prospect with an overhand right that dropped him in the fourth round. Perrella would beat the count, but then get stopped on the ropes.