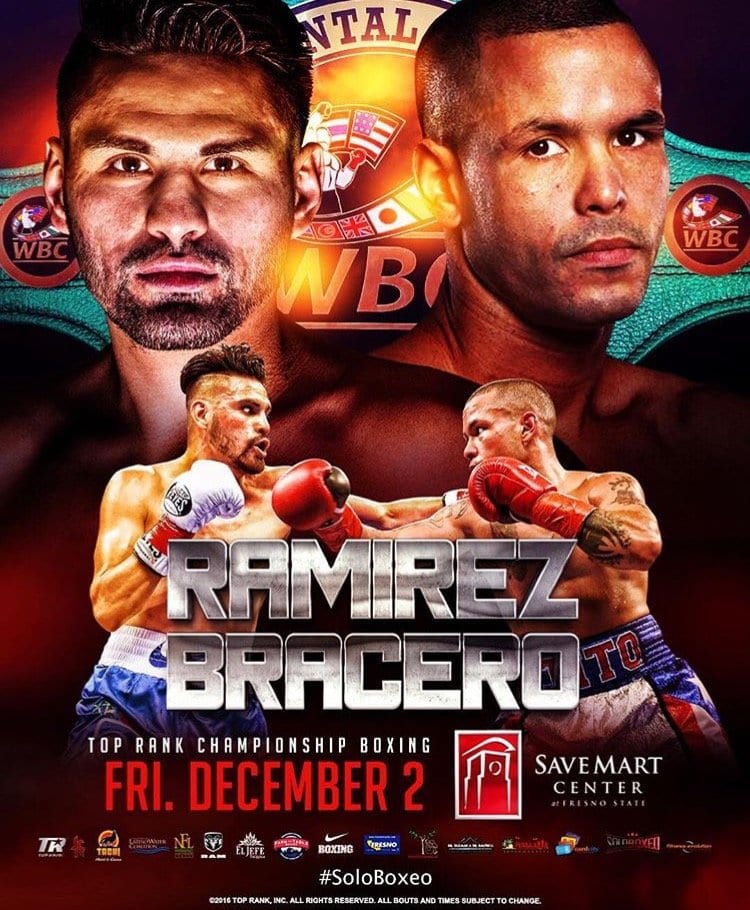 Bracero who scored the 2015 knockout of the year by brutally stopping Danny O’Connor was lost in action losing a decisive , but close decision to two-time world champion Paulie Malignaggi.

Ramirez on the other hand is overseas helping Manny Pacquiao train for his fight with Jessie Vargas and is hoping to match or even top his last bout at the Save-Mart Center which was a sell-out of 13, 100.

The card will also feature a grudge match between Fresno’s own Joe Louie Lopez (8-1 5KOs) looking to bounce back from his first round TKO loss as he faces Stockton, CA’s Quillsto “Kilo the Kid” Madera for the California middleweight title.

Fresno local Saul Lomas will also be on the card as well as Tulare’s own Daniel Valdivia.

The Top Rank card will be televised nationally on Solo Boxeo Unimas.

Tickets $75, $45, $23 plus applicable fees for the December 2 event are on sale now. VIP floor tables for 10 are $1,530. Tickets are available at select Save Mart Supermarkets and online at Ticketmaster.com or at the Save Mart Center Box Office.