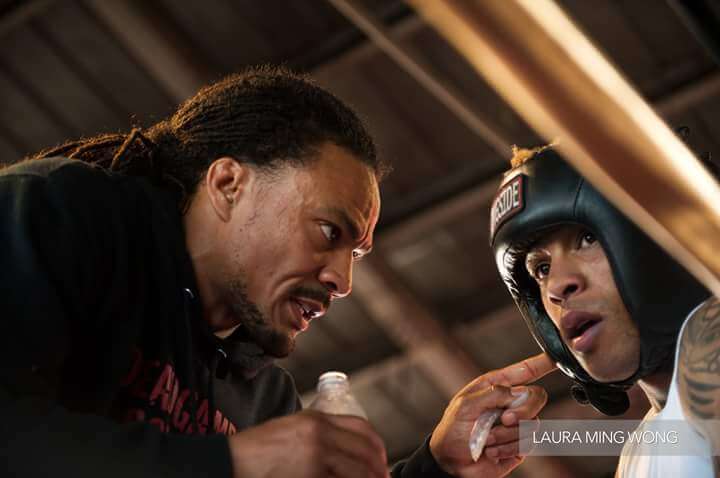 Samir McQueen is someone I have known for quite sometime now though it feels like not that long at all. Since I began visiting Bay Area boxing gyms, McQueen has always been around the scene or so it has felt. I suppose he just came to the gym one day and no one really notice he was new since he fit in that well.

McQueen, who trains with his brother, Bilal Mahasin, a professional boxer from Oakland, has sparred Nonito Donaire, Devin Haney and many of the other big names in the sport with barely three years of experience in the sport all together.

McQueen, who is still an amateur, gets a chance to fight in his hometown of Oakland, CA this coming Saturday at Dogtown Athletics and Boxing in West Oakland (3109 Adeline St, Oakland, CA 94608), the gym ran by Oakland local legend Tony Hirsch.

Q:Tell us your name, the name of your team and the gym you fight out of:

A: My Name Is Samir McQueen I Represent DeadGame Boxing Team Out of Oakland Ca i train out of boxing for health gym

Q: What is your weight class?

A: I’m a little guy. I fight at Featherweight or Super featherweight so anywhere from 123Lbs to 132Lbs

Q:How long have you been boxing?

A: I have been boxing for two years now. I had my first fight as a amateur fight in August 2014

Q:When did you realize you wanted to be a boxer?

A: its funny you ask that because I never saw myself as a boxer. I didn’t deeply follow the sport or get into it with hopes of turning pro or making it a career. I just always fought since as long as I could remember and boxing was a way for me to counteract getting in trouble with something legal and productive.

Q:Tell us about your trainer:

A: My trainer is Bilal Mahasin. He’s an active professional boxer out of Oakland. He’s been my Idol, mentor and life coach forever. When I was a  little kid I looked up to him and always loved being around him and wanted to be just like him. He is incredibly tough, but also very intelligent and smart. I find that as a coach and a leader he is always sharing stories and helping me grow as a person.

Q: I’ve heard people refer to him as your big brother. Are you biological brothers?

Q: What was it like having a guy like Bilal Mahasin as a mentor? Tell us breifly about a childhood memory:

A: At about the age of 8 or 9, I remember spending the night at his house and playing NBA live for push ups. I would be doing push ups all night. He would also read The Holy Quran and teach me about Islam…he was a good high school wrestler and we show me wrestling moves and boxing moves.

Q:Where are you from? And how did growing up in your city effect you as a fighter?

A: I grew up in Oakland I lived all over Oakland we moved around a lot at least once a year and just always having to be the new kid on the block and at school I had to show everyone that I wasn’t one to mess with I fought all my friends I think that’s how I locked in the bonds with them and we grew a mutual respect for one another

Q:When was your last fight? And what was the result?

Q:Was the knockout something you had been training for? Or did it just come organically?

A: I train to hurt people that’s all I think about in training camp is destroying my opponent knocking him out in front of all my family in friends, but the knock out wasn’t planned at all. The right uppercut was just a natural reflex and I was off balance when I threw it. So I didn’t even expect him to go down from it. It just happened. It is the reward when you’re in the gym going crazy for hours really putting in the work.

Q::When is your next fight? And where will it be?

A: my next fight will be October 29th in West Oakland at Dogtown boxing gym make sure your there for the show…

Q:How can people keep up with you and follow you on social media?

Q:Anything else you’d like to say? Any shout outs?

A:Yes I would like to say thanks to all my family friends and fans that support me and my dreams it’s been a very tough long road I’ve been heading down and I’m just getting my journey started at the wand of the day I just want to make my older sisters proud of me and take care of them like they did for me over the years and everyone else that made a sacrifice for me all my success and future Accomplishments is dedicated to you.

Shout out to my sponsor Nita at Battletested as well as a thank you to ITRBoxing for this interview.