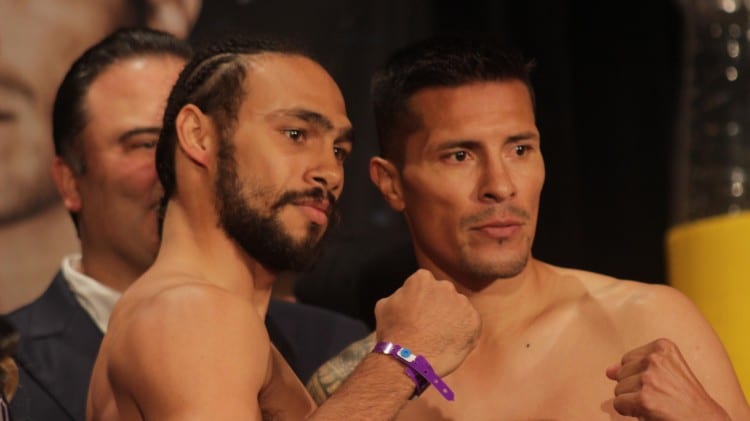 In a year filled with good fights such as Orlando Salido and Francisco Vargas going life or death with one and another, Andre Ward barely pulling off a win over Sergey Kovalev and Jermall Charlo knocking out Julian Williams, one fight to me stands out above the rest – Keith Thurman vs. Shawn Porter.

Though titles were on the line for this affair, it was null and void. This was the biggest fight that could be made at the given time, two fighters who both are ranked in the top of their division. As typically with high level boxing matches, the action was not non-stop as both fighters were thinking inside the ring which made it even more fun as you could see the adjustments taking place within the fight itself.

A good fight works like a play with three parts typically. Thurman vs. Porter saw Keith Thurman use movement and distance to gain an advantage on Porter, but as Porter closed the distance and was able to be deceptive on the inside it took a last minute surge from Thurman to barely get the nod.

Beyond the fight itself, it had one of the most electrifying atmospheres in all of boxing over the course of the year with high profile celebs to boxing fans from across the globe making a trek to see the bout at the Barclays Center in Brooklyn, New York.

The fight has been trashed by some media members since anything associated with Al Haymon, Premier Boxing Champions or any of these organizations are viewed as bad. The truth is they put on some of the best fights this year including Leo Santa Cruz vs. Carl Frampton.

In terms of risk-reward, it is hard not to be a fan of Thurman-Porter.

Deep Dives Fight of the Year:

Since most saw the great fights here is a very good fight from overseas that not many watched as Ryoichi Taguchi battled Juan Jose Landaeta in a very fun and entertaining bout that is worth a watch. It is the type of fight that if you ran a small network that aired fights from overseas late at night, this would be a top of the ballot choice.

Northern California Fighter of the Year: Ryan "The Rhino" Bourland