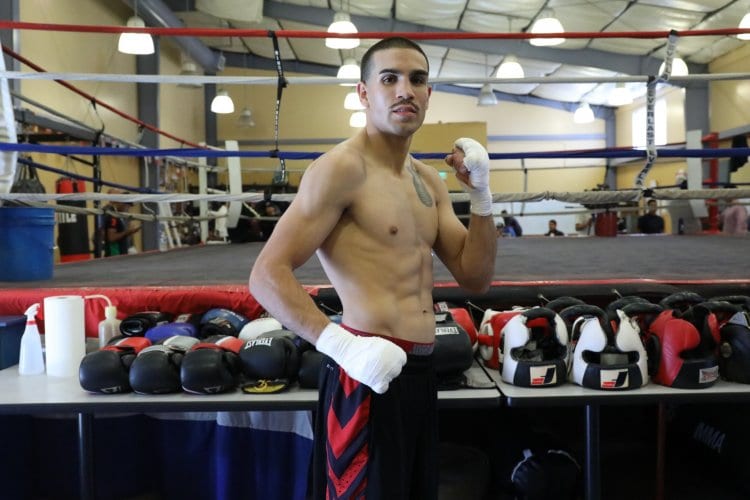 Undefeated Super Featherweight and WBC Continental Junior Lightweight (130 lbs.) champion Andy “El Tiburon” Vences (17-0, 10 Ko’s) will make his 2017 debut on Friday March 10th, in Lemoore, CA against a yet to be named opponent at Tachi Palace Hotel and Casino.

Vences earned his first title of his young career as he picked up the WBC Continental Americas Super Featherweight title defeating one of the best prospects signed to Top Rank, Casey “The Wizard” Ramos (23-1 6Ko’s) of Austin, Texas in Las Vegas, Nevada a day before Manny Pacquiao defeated Jessie Vargas. The win was not just a big step forward in Vences’ career, it was also biggest platform as over 50 media outlets were present for the sold-out fight.

Vences, who was voted Prospect of the Year leading into 2017 by some media outlets has picked up the pace and planned on trying to make 2017 a staple year for his career.

“In 2017, I am excited and really looking forward to this year! I’ve never had hunger like I feel now. I will show the world, that I am one of the best fighters in Top Rank and one of the most powerful fighters in my division. 2017 will be another great year because I plan to work very hard and I am mentally ready for a world title fight this year!”

Vences who will serve as the headliner for the first-time in his home state of California will also do it on Top Rank’s ever-so popular ‘Solo Boxeo’ series that will be broadcasted nationally on Unimas and picked up internationally as well.