Ahmed Elbiali returns to the ring 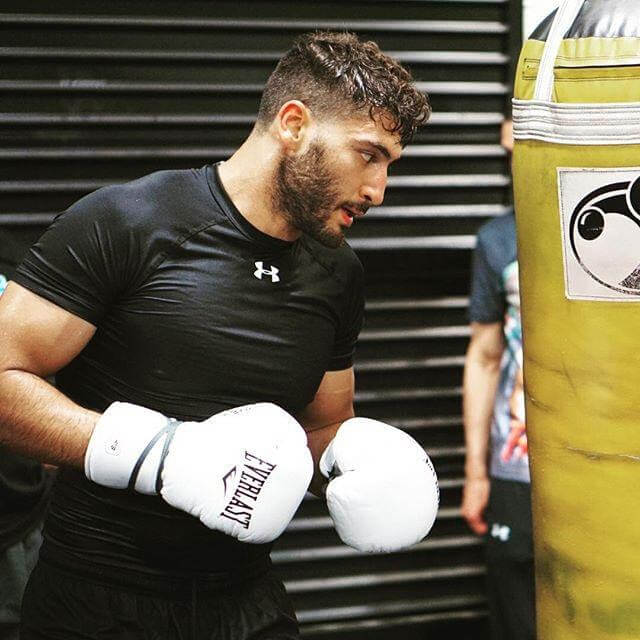 photo: Mario Serrano
After fracturing his hand last year, unbeaten light heavyweight prospect, Ahmed Elbiali (14-0, 11 KOs), is back in the gym.  Elbiali suffered the setback in his last bout against Andrew Hernandez, a fight that took place in January of 2016.  The Miami based fighter is looking to come back in March, in a bout that most likely will be televised.
“The hand is one hundred percent healed and I’m ready to get back in the mix,” said Ahmed Elbiali. “It’s been over a year since I’ve been back in the ring, but during the time off, I really focused on staying in shape.  I didn’t let the layoff affect me in a way where I was going to be depressed.  I worked on a lot of other aspects of my game that I feel I’ve improved on.  Now it’s time to get back in there and march toward a world title.”
Elibial was on the fast track to the top of the light heavyweight division.  He started off his career with nine straight knockouts.  In his last two fights, both 8-round bouts, he’s went distance.  That experience has helped him gain confidence in his ability to go deep in fights.
“When I first turned professional, I had a lot of early knockouts,” Elbiali continued. “It was nice getting my opponent out of there early but I didn’t know who my body would react if I had to go deep into fights.  So, the fact that I was able to go the full eight rounds in my last two fights, gives me confidence going into the next chapter of my career.  Right now, I’m just eager to get back in the ring and shake off the rust.  I know with hard work, I’ll have an opportunity to become a world champion.  That is the ultimate goal.”
Tags:Ahmed ElbialipbcPremier Boxing Championsreturns

Ahmed Elbiali returns to the ring