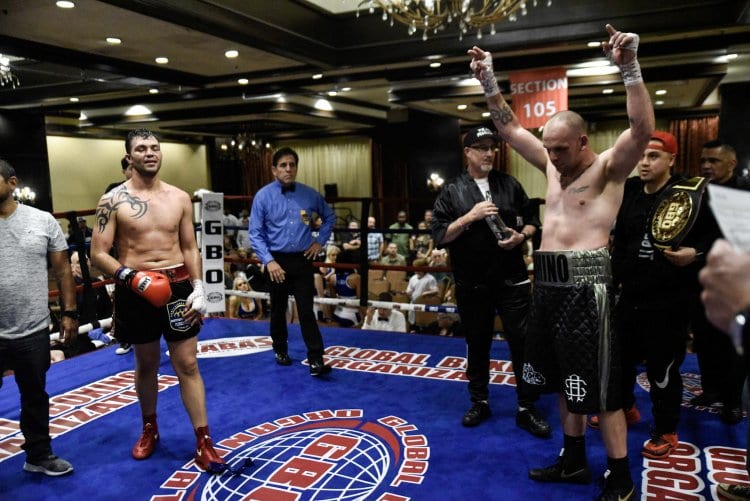 In other action, Turlock, CA cruiserweight Marco Delgato (2-0 2KOs) brutally knocked out Jerhed Fenderson (1-3) as he landed a brutally hook on the ropes at the end of the bell that rendered Fenderson unconscious while standing up. It was truly bizarre and something that I had never seen before.

Junior welterweight Luis Lizarraga (1-0 1KO) engaged in a fun action packed fight that might have had the Northern California round of the year as he stopped Phillip Percy (0-3) in the third round. Lizarraga at first struggled with Percy’s speed, but then overpowered him and broke him down with relentless punching attacks that had Percy staying on the ropes.

In the opening bout, Ignacio Zambrano (1-1) picked up his first professional win of his career as he earned a majority decision over hometown favorite Dyron Dorsey (0-3) in a fight in which Zambrano pushed the fight.

Prenice Brewer wins by 1st round stoppage in Erie, PA