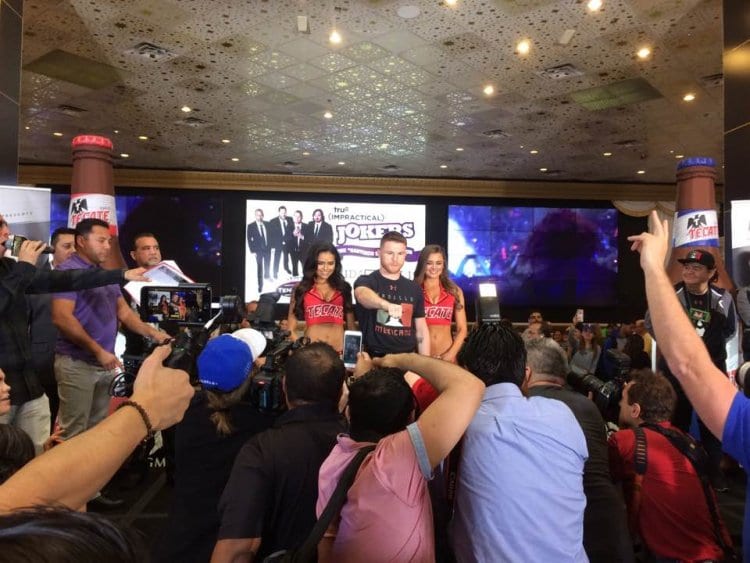 Saul “Canelo” Alvarez (49-1-1 34KOs) once again made his case for being one of the best fighters in boxing as he soundly defeated Julio Cesar Chavez Jr. (50-3-1 32KOs) in the main event of Golden Boy Promotions pay-per-view telecast from Las Vegas, Nevada, which took place at the T-Mobile Arena.

From the opening bell, it was all Alvarez, who jumped on Chavez Jr. early and often. Chavez Jr. simply was lost from the first round on as he picked up the pace in the fifth round as Chavez Jr had no rebuttal to the superior class fighter, Alvarez.

The will of Chavez Jr. appeared nearly broken, but in the second half of the fight as Chavez Jr began to let his hands go a bit more as Alvarez was forced to fight off the ropes.

In the end it was not enough as the judges scored the bout 120-108 for Canelo Alvarez.