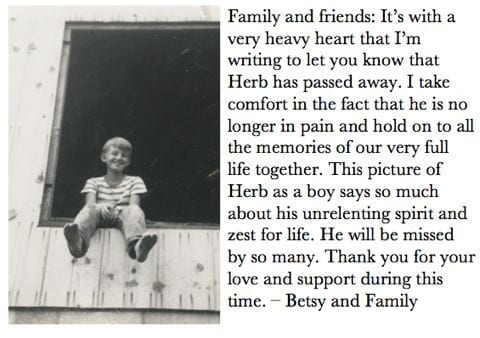 Herb Stone was a great man.

Some might come here for a list of the accomplishments Herb Stone achieved throughout his career both in his professional life and as a boxing manager. The honest truth is, it would be too long to list and I am under qualified to write on the matter and adequately do the man justice.

I got to know Mr. Stone over the past five years as he took fighters from Northern California and consistently put them in the best position possible. Whether it was taking a chance on a super flyweight in Bruno Escalante or signing super featherweight Andy Vences after watching a sparring session in San Francisco, CA. Stone had an eye for talent, knew the sport of boxing as well as anyone and was a honest man in a sport full of thieves and deceitful human beings.

Stone would later get both featherweight Guy Robb and super featherweight Andy Vences signed with Top Rank, no small feat as only Andre Ward, Robert Guerrero, Manuel Avila, Alan Sanchez and LaRon Mitchell were signed by major promotions at the time from Northern California.

Stone was a true class act, a very kind person, who was always willing to listen if someone offered good insight. Mr. Stone was a true fan of dessert as on many trips to rural towns, he’d often tell his fighters to keep their eyes out for a good place to eat, especially a dessert establishment.

It is hard to write this since I do not at all feel qualified to do him justice nor do I want to believe he is no longer with us in the physical, but the world needed to know how great and beloved of a person Herb Stone was. 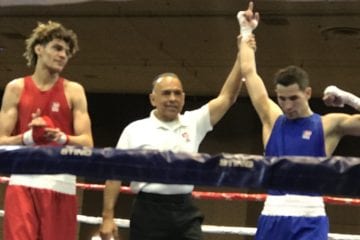