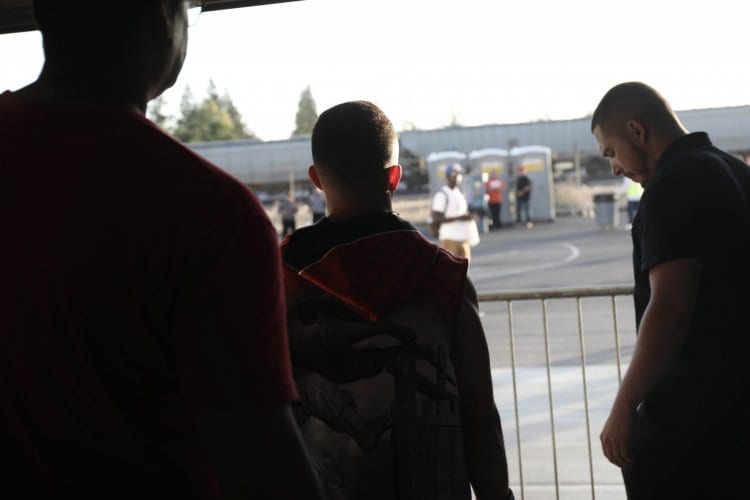 In front of a sold-out crowd at the Omega Products International Outdoor Arena in Sacramento, CA, Thompson Boxing Promotions came to Sacramento, CA for the first time as the promotion brought a slew of up and coming talent.

Welterweight Taras Shelestyuk (16-0 10KOs) of the Ukraine looked as good as he every has as he stopped Jesus Rodriguez (15-3 11KOOs) in only three rounds in the headlining bout. Shelestyuk, a former Olympic bronze medalist, outclassed Rodriguez who took a barrage of cleans shot that accumulated in the fight being waved off the in the third round of a scheduled eight-round bout.

Shelestyuk is currently ranked in the top 10 of the welterweight division and inching closer to a title shot.

Junior welterweight Jose Roman (24-1-1 16KOs) put on a show as he went toe-to-toe in an all out slugfest with Miguel Mendoza (23-12-2 22KOs). Roman, who was signed by the promoter Thompson Boxing felt Mendoza’s power and fought fire with fire as the bout was very competitive with both men having their moments. Roman appeared a bit more seasoned and higher level as he pulled the bout out in the last two rounds.

In a junior lightweight bout, Jose Salinas (2-0 1KO) of Fresno, CA picked up a split decision win over the game Tyler Marshall (0-3). Salinas outpointed Marshall, who used odd timing and unorthodox movements to offset Salinas causing some to see the fight as very close whereas some saw the fight as Salinas winning handily. Quite simply no one pulled away and outright won the bout and at times neither fighter separated themselves from one and another.

Napa, CA lightweight Brandon Trejo (2-0) picked up a decision win over Devin Parker (2-8 2KOs) in a bout that saw Trejo close to finishing Parker in the second round, but improper use of distance caused the fight to go the full duration.

Cruiserweight Marco Delgado (3-0 3KOs) of Turlock, CA continued his crowd-pleasing ways as he opened the card with a bang against Richard Rigmaden (0-2) of Stockton, CA. Rigmaden, who had missed weight by nine pounds, the day prior tried to bully Delgado, who dropped Rigmaden within a minute of the first round with a punch that was ruled a low blow. After taking his allotted break for the foul, Rigmaden dropped Delgado with a straight left hand. Delgado would get up and within 10-15 seconds stop Rigmaden with a body shot.