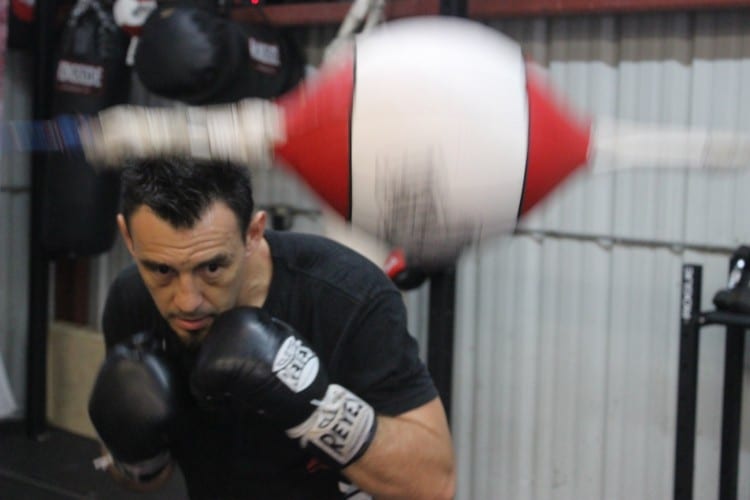 On Saturday, July 15th fight fans around the world will be getting a major treat with action fighter and former WBC world lightweight champion Omar Figueroa (26-0-1 18KO’s) making his long-awaited return to the ring to face former multi-division title holder and veteran Robert Guerrero (33-5-1 18KO’s).  This barn burner will take place at the newly renovated Nassau Veterans Memorial Coliseum in Long Island, New York and will be televised live on FOX at 8 pm ET/5pm PT as part of the PBC boxing series.

It was April 20, 2013, when Omar Figueroa walked through Abner Cotto like a hot knife through butter for the interim WBC title.  At the time, Figueroa completely went from being a hot prospect with an exciting style into a true contender.  It seemed as though the future was bright for the young Figueroa and the sky was the limit.  Immediately after defeating Cotto, Figueroa defeated Nihito Arakawa for the interim WBC lightweight title in a fight of the year contender.  However, that is also when the problems seemingly started in his boxing career.  After winning the interim title against Arakawa in a very entertaining fight, instead of capitalizing on the momentum and making a quick return to the ring, he had to sit out for almost a year due to hand injuries and other outside issues.  However, he managed to defend his title once before moving up in weight against tough journeymen/contender Jerry Belmontes.  However, continued to be plagued by nagging injuries he couldn’t be active.  Figueroa has faced former champions Ricky Burns and Antonio Demarco in his last two outings and the fight with Demarco was, in my opinion, one of the best fights of 2015.  Being that the Demarco fight ended up being a tuff exciting fight and still being plagued by minor injuries, Omar decided to once and for all take a long rest and give his body a real chance to heal for good and so now he’s back!

Omar claims to be feeling better than he has in a long time and that he is listening to his body, therefore, his body is listening to him.  Omar stands at about 5’7 ½ and possesses a 73’ inch reach.  He is a come forward fighter always throwing punches in bunches.  He is also one of the most durable fighters in the sport now and carries decent punching power as well.  However, Omar Figueroa has been mostly campaigning at lightweight and his power above 135lbs is still up for debate.

Robert Guerrero, on the other hand, is a former featherweight, who gradually went up in weight throughout his career.  He stands at 5’9 and possesses a 71’ inch reach.  He holds some quality wins under his belt, such as Joel Casamayor, Andre Berto, and Michael Katsidis.  In my opinion, he is a natural lightweight even at this point in his career.  I believe he has been fighting naturally bigger guys since moving above the lightweight limit.  He fights out of the southpaw stance and since moving up to welterweight has been trying to pressure and run through guys instead of boxing and using his legs more like he did in the past.  However, Robert Guerrero is hard not to like.  He is a warrior and always puts in a heroic effort regardless of winning or losing.  He also clearly has the edge in competition level and experience than the younger Omar and is more used to taking punches at the welterweight limit, since Omar has never fought a true welterweight before.  Regardless of what happens this Saturday in Long Island New York, I’m sure that boxing fans around the world will not be disappointed after the fight.  I wouldn’t be surprised if this turned out to be a fight of the year type of fight given both fighters styles!  I’m glad PBC put on a great match up like this together.