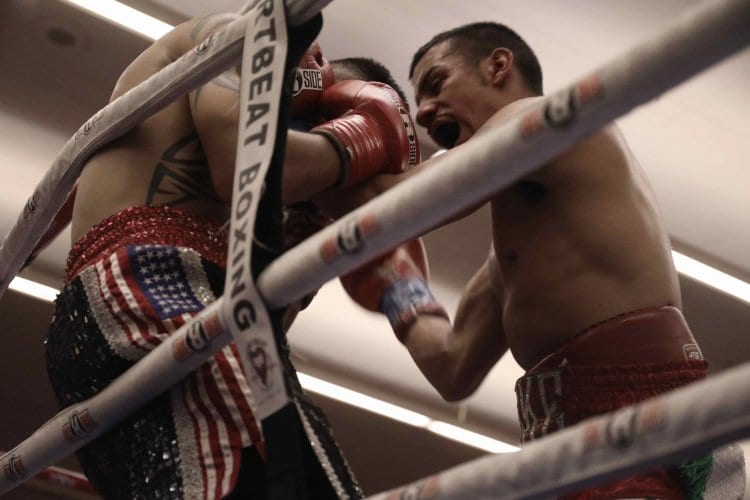 In front of a packed house at Valdez Hall in Fresno, CA, hometown fighter Michael Ruiz Jr. (12-4-3 4KOs) picked up a close ten round decision over Jonathan Torres of Modesto, Ca in a junior bantamweight bout. Ruiz Jr seemed off and didn’t appear to have the same burst as his last fight as the fight lingered. Ruiz Jr lost a point in the fifth round.

Local folk hero Fresno’s Joe Louie Lopez (9-2 6KOs) picked up a fourth-round TKO over Jose Leon (6-2-1 5KOs) of Visilia, CA. Lopez is now training with Jeff Rael at Virgil Hunter’s gym in Hayward, CA and is working on growing as a fighter and not focusing on trying to contend at the top of the division. A body shot lead to Leon’s demise as he sat on the ropes and was stopped standing.

Fresno, CA’s Isidro Ochoa (3-0 1KO) picked a solid win over Alejandro Velazco (1-1) of Oxnard by as he stopped his foe in the second round. Ochoa explained after the bout it would be a dream come true to fight on the November 11th card in Fresno headlined by Jose Ramirez and televised nationally by ESPN.

Jose Salinas of Fresno, CA picked up a four decision over Samuel Yniguez after nearly stopping him in the first round, Salinas got impatient and rushed the finish allowing Yniguez to survive the sudden flurry.

“The Left-Handed Bandit” Julian Lopez (4-0) returned after over than a year layoff as he was pushed to the limits against Guadalupe Arroyo (2-9) to win a four-round decision.

The event was promoted by Big Al Entertainment.