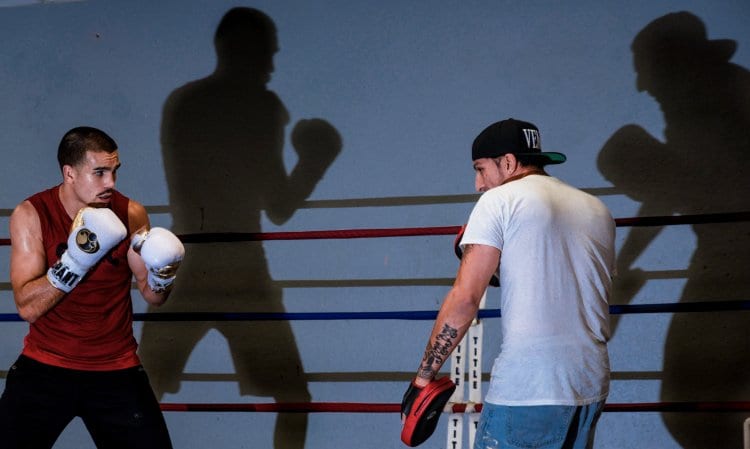 Vences who is the WBC Continental Americas Super Featherweight champion has had three opponents change for the November 11th fight and had two opponents for his prior bout in August in Los Angeles, CA.

“As long as I stay consistent in the ring and stay active that’s all that matters to me. Soon they will all have to step up and fight me. I plan on staying in this division for a very long time.” said Vences after a hard day of training at FightKore International in Martinez, CA.

For the young dedicated fighter it is difficult since he along with his longtime manager Herb Stone, who passed away untimely this past year, had built Vences to a point to fight the best in the division and truly challenge himself, but it appears a lot of fighters are reluctant to take the challenge unless paid a large sum of money.

“My manager Herb Stone built me to be a well-rounded fighter. In his eyes, I was the best fighter he managed. He always challenged me in all my fights since I turned pro with him. I am confident I can beat any fighter because of how hard I work and how dedicated I am. I am mentally and physically ready for the next big fight.”

Vences, who is training with Angel Cordon Sr. for boxing and working with Remi Korchemny, Victor Conte and the SNAC System team for his strength and conditioning is awaiting his moment which he believes will be 2018.

“I believe my moment will be in 2018. I can feel it. This coming year is going to be another big year for me. Every fight I’ve always trained extremely hard. Now that I know how to run a complete camp with Remi Korchemni, Victor Conte, SNAC and my trainer Angel Cordon Sr. I am very confident every time I enter the ring. I’ve have learned the secret to preparing myself the smartest way possible from Victor Conte. SNAC means “scientific nutrition for advanced conditioning”. I’ve have learned the secrets to cutting weight the smartest way possible and preparing myself to enter the ring in tip-top physical condition. 2018 will be our year and hopefully our shot to become world champions.”

Tickets still on sale for Jose Ramirez vs Mike Reed in Fresno, CA