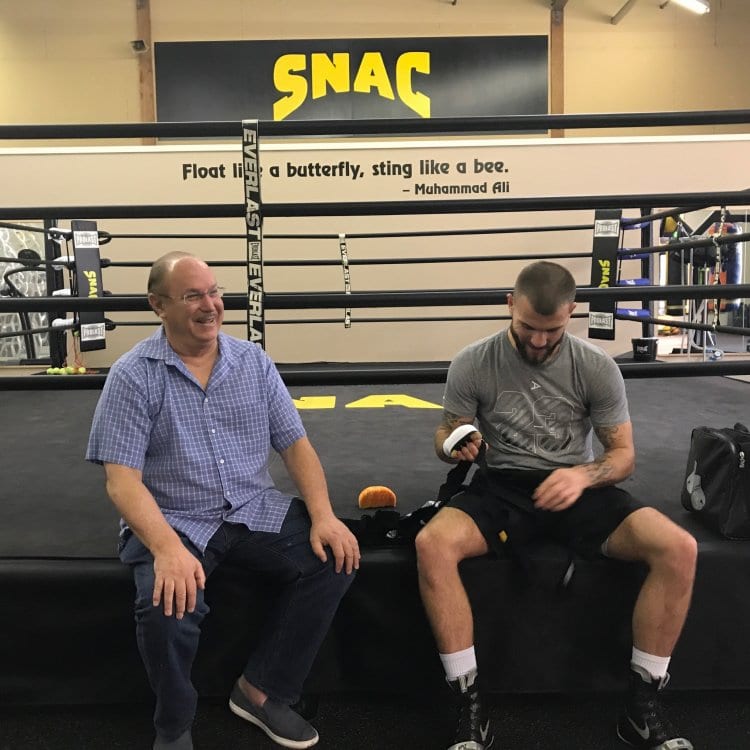 Victor Conte is a name that is well-known in sports, but often the context of the individual isn’t explained or humanized. From scientific nutrition, BALCO era and much more, it is more often then not people tend to overgeneralize, what is Conte’s career has been or even worse discredit it before even hearing him out.

Conte, who now operates SNAC System in San Carlos, CA, was a man of mystery to me. I never really knew if to approach him or not until eventually, I got to know him. He is honest and straightforward and a constant perfectionist. The biggest takeaway I have noticed from being around him is his generosity, which I feel largely goes unnoticed since he doesn’t outrightly publicize it.

Conte flies in various world-class boxers to train at his gym [THE SNAC GYM], which offers access to the most advanced means of training in the world. Quite simply, he is an incredibly selfless person, which when I first met him I had no clue that he’d be that.

I was under the impression from years of media coverage portraying him as everything that was wrong with sports in the early 2000s, that I didn’t look at him as a person and didn’t contextualize the person that he was and is. Walking through his facility for his nutrition company is nothing more than walking through the living dream of someone who has invested the majority of their life in health and fitness and never wanted to stop learning or progressing.

In short, it is easy to look at a quote, a tweet or a past act and contextualize that as Victor Conte, but it is an injustice to him. That isn’t to say he is perfect or without faults, but the vast majority of the general public doesn’t really understand how generous and kind Conte is and how he has helped boxers from Nonito Donaire Jr., Vanes Martirosyan, Shawn Porter, Andy Vences along with recent world champion Sergey Lipinets.

The biggest takeaway from my time around Conte is his general enthusiasm for whatever he puts his mind to and his kindness. For all the piece put together about his past, not many talk about the present and that is something he has been living in for many years, helping many along the way.