Most notably, former IBF Welterweight champion who now fights at Super Welterweight Kermit “El Asesino” Cintron (39-6-3 30KOs) of Reading, PA, and “Marvelous” Marcus Taylor (8-1) , of Houston, TX fought to a no contest due to a clash of heads.

Super Lightweight southpaw Mykal “The Professor” Fox won a spirited decision over Ricardo Garcia, which took place over eight rounds. The judges saw the bout 77-74, 78-73 and 77-74 all for Fox.

Heavyweight Colby Madison picked up a six round decision Dante “Mr. Snuggly Time” Selby. The judges saw the bout 60-54 and 59-55 two times, many live at the event had the fight much closer.

Middleweight Blake “Kayo King” Mansfield stopped Darryl “Dream king” Bunting in the fifth round of a six round bout.

Heavyweight Michael Polite Coffie of Brooklyn, NY defeated Nicoy Clarke over 4 rounds. The judges had it 40-36 on every card.

Featherweight Juan “Ciclon” Sanchez stopped Mexican Sergio Aguilar in the final five seconds of the fourth and final round. 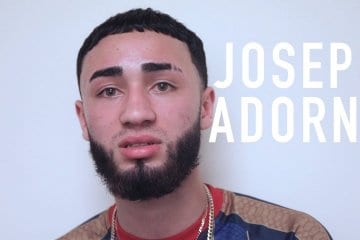