Lukie Ketelle
0 0 0
Ryan “Kingry” Garcia (13-0, 12 KOs), the 2017 consensus prospect of the year out of Victorville, Calif., hosted a media workout atLegendz Boxing ahead of his 10-round fight for the Junior NABF Super Featherweight Title and the vacant NABA USA Super Featherweight Title in the main event of the March 22 edition of Golden Boy Boxing on ESPN at Fantasy Springs Resort Casino in Indio, Calif. Garcia, a rising phenomenon of modern boxing, will face the tough Mexican pugilist Fernando Vargas (32-15-3, 24 KOs) in this ten-round affair.
Fighters from this exciting undercard also participated in the workout. Certified contender of Glendora, CA, Joet Gonzalez (18-0, 10 KOs) will combat Rolando Magbanua (26-6, 18 KOs) of Cotabato, Phillipines in a scheduled 10-round featherweight fight. Mexican Olympian Raul “El Cugar” Curiel (2-0, 1 KO), hoping to catch the ESPN coverage as the TV swing bout, will return in a six-round welterweight fight against Quantavious Green(1-1, 1 KO) of Shreveport, La. East Los Angeles, Calif.’s Jonathan “Thunder” Navarro(12-0, 6 KOs) will take on Gabriel Gutierrez (5-6, 3 KOs) of El Paso, Texas in a scheduled eight-round super lightweight fight after the ESPN transmission. Opening up fight night will be top-notch prospect Emilio Sanchez (16-0, 11 KOs) of Pacoima, Calif. will return in an eight-round super bantamweight fight against Filipino fighter Eugene Lagos (12-5-2, 7 KOs).
Here is what today’s participants had to say at the workout:
PHOTO CREDIT: Lina Baker/@SEEYOUATRINGSIDE 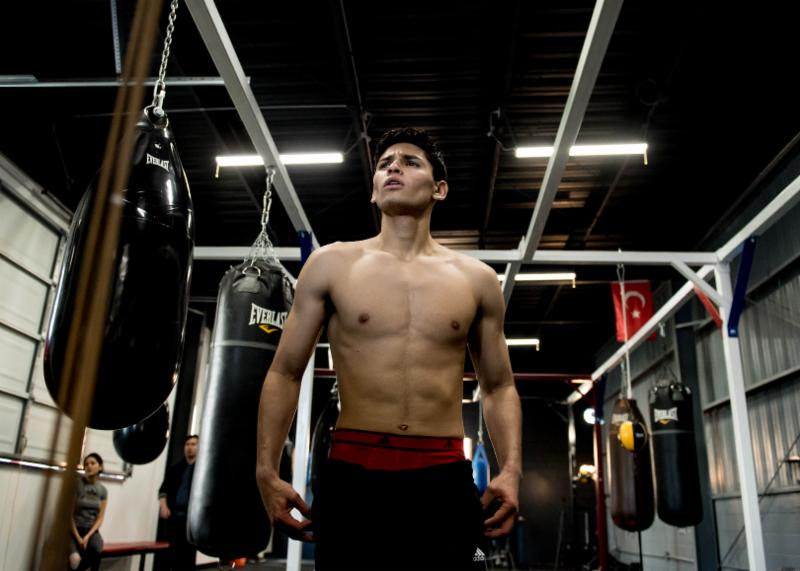 RYAN ‘KINGRY’ GARCIA, Junior NABF Super Featherweight
Champion:
“I’m so excited to be in the main event. This is just the first chapter of my book. If I see opening for a knockout, I will take it. If I have to slow down, then I’ll do it. This March 22 expect something big. I have a vision: I might sleep him with the first shot I throw. I’m going to speak it into existence!” 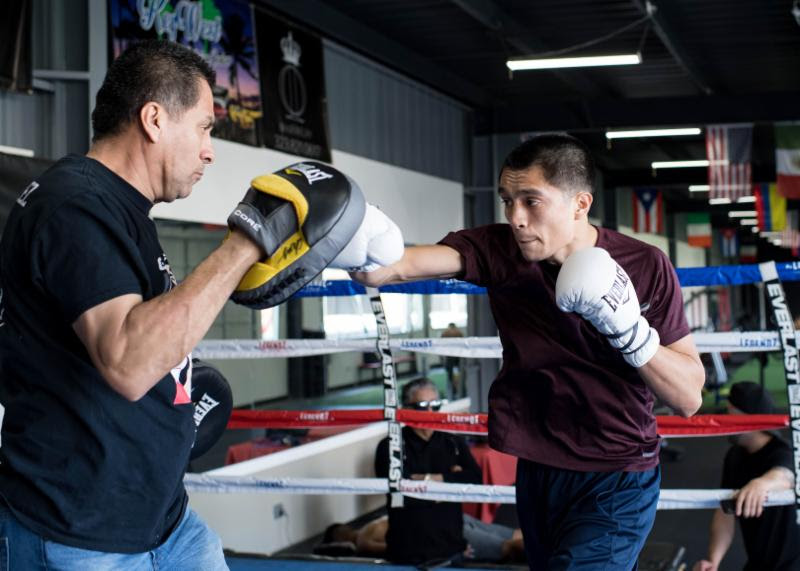 JOET GONZALEZ, Featherweight Contender:
“This is my year. I’ve been winning every fight in an exciting fashion. This year I deserve a regional title so I can be one step closer to my goal of becoming world champion.” 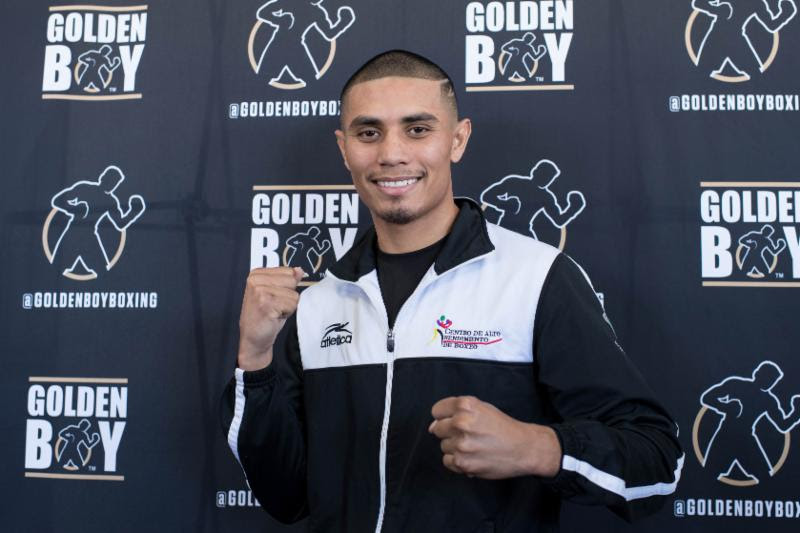 EMILIO SANCHEZ, Super Bantamweight Prospect:
“I spent one month in Mexico for this fight. I had great sparring with world champions. It was different because of the altitude, the atmosphere and the gym. After this fight, I expect to be in the main event of an ESPN card this year.” 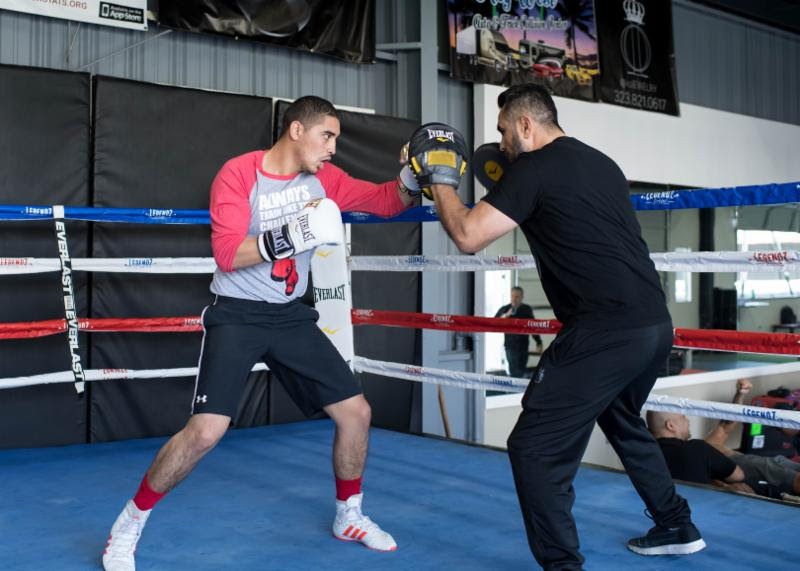 RAUL “EL CUGAR” CURIEL, Welterweight Prospect:
“Training camp went well in Guadalajara, Mexico with Professor Manny Robles. We know that our opponent is strong with a big desire to win. However, I love giving the fans great performances. I don’t care how I win, but that I come out with my hand raised and with good health.” 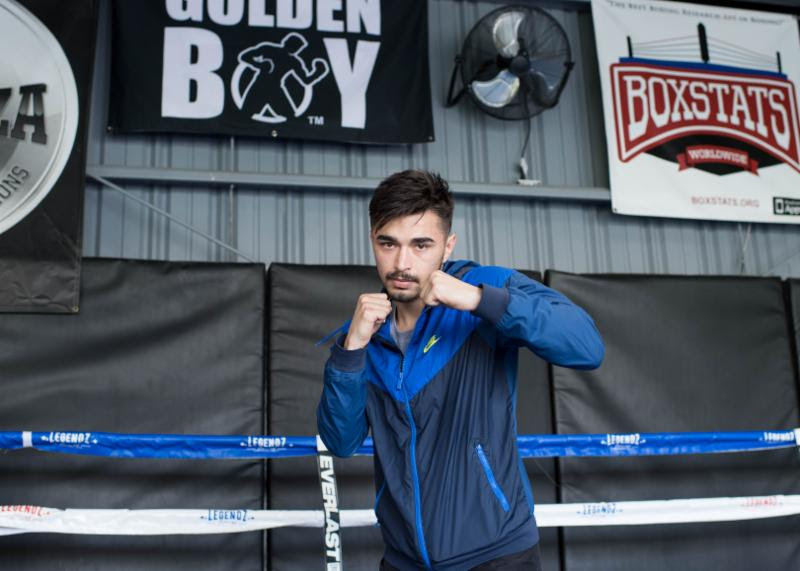 JONATHAN “THUNDER” NAVARRO, Super Lightweight Prospect:
“Training camp has been excellent and I’m more than ready to fight. I predict a first-round knockout next week.”
###
Garcia vs. Vargas is a 10-round fight for the Junior NABF and vacant NABA USA Super Featherweight Titles presented by Golden Boy Promotions. The event is sponsored by Tecate, “THE OFFICIAL BEER OF BOXING” and Hennessy, “Never Stop, Never Settle.” The fights will take place on Thursday, March 22, 2018 at Fantasy Springs Resort Casino. Doors to the Special Events Center will open at 4:00 p.m. PT and the first fight begins at 4:05 pm PT. ESPN and ESPN Deportes will air the fights beginning at 9:00 p.m. ET/6:00 p.m. PT, and stream live on ESPN3 starting at 7:30 p.m. ET/4:30 p.m. PT.
Tags:Emilio SanchezJoet GonzalezJonathan NavarroLegendzMedia DayRaul CurielRyan Garcia
Previous post 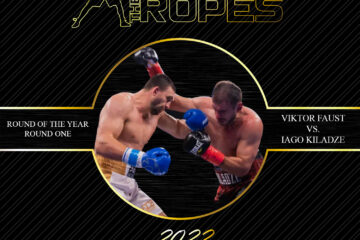