Lukie Ketelle
0 0 0
Super middleweight prospect, Humberto “Tito” Velazco (19-1-1, 13 KOs), who is promoted by Sugar Promotions, is taking heat from the Government of Mexico for pulling out of his scheduled fight with Devis Caceres(24-8, 19 KOs), that was supposed to take place this past Saturday in Aguascalientes, MX.
Velazco was set to face Devis Caceres (24-8, 19 KOs) for the vacant WBC Silver Super Middleweight Title at the “Feria de Campeones” card promoted by Sugar Promotions, but pulled out at the last minute, putting the entire card in jeopardy.
“We have programs here in Mexico that are funded by the government of Mexico in Aguascalientes,” said Dr. Lorenzo Soboranes Maya, director of Latino public relations for Sugar Promotions in Mexico. “One of which was this weekend’s “Feria de Campeones” boxing event that took place at the Plaza de Toros San Marcos arena. After signing the contract, Velazco pulled out of the fight, leaving everyone involved scrambling for a replacement. This kind of conduct will not be tolerated, and legal action will be addressed. Velazco will be prosecuted by the full extent of the law, and he is not welcome to fight in this city ever again.”
“As Velazco’s promoter, I did everything on my end to get him a shot at the vacant WBC Silver Super Middleweight Title,” said Oscar Vazquez, CEO of Sugar Promotions. “We came to an agreement on what his purse would be, he signed the contract, and then pulled out of the fight in the final days leading up to the fight. I have Velazco under contract. If Velazco thinks he’s going to fight with another promoter, that promoter better think twice, as I have my lawyers ready to file a lawsuit with anyone trying to promote him.”
Tags:Dr. Lorenzo Soboranes MayaGovermentHumberto Velazcoin troubleMexicoOscar VasquezSan Marcos ArenaSugar PromotionsTitoWBC silver super middleweight
Previous post

Get to know Kali Reis before her HBO debut 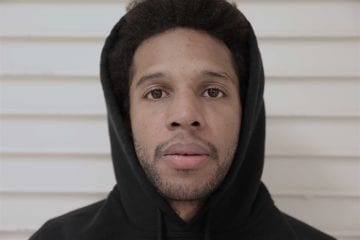