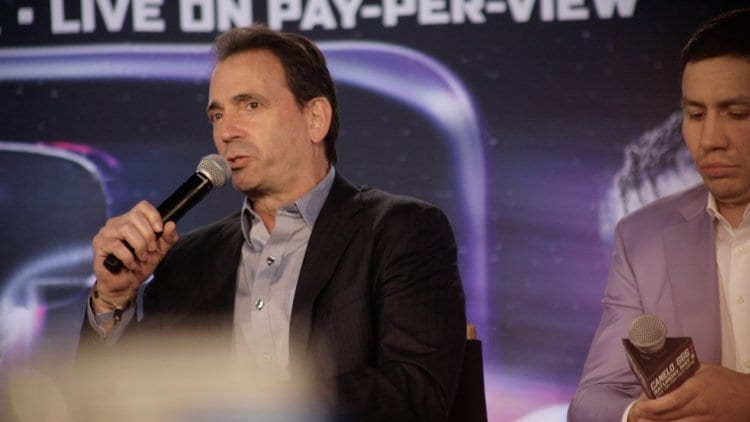 By Sev Sarkisian: Boxing fans around the world will certainly be getting a treat this Cinco De
Mayo with unified world middleweight world champion Gennady Golovkin (37-0 33KO’s)
making his long-awaited return to the ring to face former U.S Olympian and longtime jr
middleweight contender Vanes Martirosyan (36-3- 1 21KO’s). This fight will take place at the
Stub Hub Center in Carson California and will be televised live on regular HBO this Saturday, May
5th.
Gennady Golovkin is a former 2004 Olympic silver medalist and is undoubtedly one of the best
fighters of his generation. He holds three of the four major sanctioning bodies belts at
middleweight and has wins over the likes of Kassim Ouma, David Lemieux, Daniel Jacobs, Curtis
Stevens, Kell Brook, Gabe Rosado and many others. Golovkin stands at 5’10 ½ in height and
possesses a 70” inch reach according to BoxRec. He is stylistically a stalking pressure fighter
with debilitating punching power. Golovkin is fundamentally very sound and has a nice strong
jab in which he uses to come forward and close distance. He is very strong and possesses a
world-class chin. Golovkin is traditionally a very good body puncher as well and is a good
defense for a fighter who always loves to come forward.
Vanes Martirosyan on the other hand stands at 5’11 ½ in height and possesses a 70’’ inch reach
according to boxrec. He has been a long time jr middleweight contender who has challenged
for the title twice but fell short in close and controversial fashion. He holds wins over the likes
of Kassim Ouma, Saul Roman, Ishe Smith and Willie Nelson. He also fought to a draw with
Erislandy Lara in their first fight. Martirosyan is stylistically a boxer puncher. He throws straight
punches very well and has good foot work. He has a great counter right hand and likes to work
off the jab. Martirosyan has shown that he can fight coming forward or move and box when he
wants to. However, Martirosyan also possesses the single most important asset a fighter would
need to defeat a warrior like Golovkin and that’s character. Martirosyan has a tone of heart
and character which he has shown in his fights with Kassim Ouma, Saul Roman and countless
other times.
I genuinely can’t wait for this fight as I expect an interesting and exciting battle between these
two world class warriors. Much like life, boxing is like a box of chocolates. You simply never
know what your going to get!