Rod Salka (24-5 4KOs), the super featherweight contender who made waves with his awkward fight trunks that said “America 1st” may have another fight on his hands, but this time around he could be fighting in Indonesia, the largest Muslim country in the world.

A source with information close to the situation who spoke on terms of anonymity explained that the Indonesian super featherweight Hebi Marapu (12-0 9KOs) have made initial contact with Rod Salka’s team around making a bout in the near future in Indonesia.

Marapu apparently is adamant about making the fight a reality after the Salka, a vocal Trump supporter, was offended by Salka’s trunks when fighting Francisco Vargas.

“There is no place in this world for hatred and bigotry, especially from an American like him,…” said Marapu when asked why he wants the fight so much.

The bout which is in the early stages of negotiations have some terms agreed upon in principle namely Salka willing to travel to Indonesia for the fight.

If the bout can be made it would be an unofficial opening act for the Asian Games which will be held in Indonesia in August of this year. 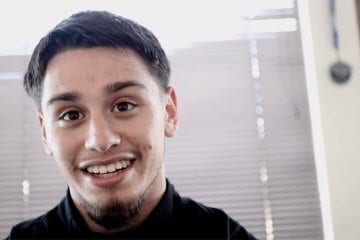