Light heavyweight Ryan “The Rhino” Bourland has fallen on tough times, but hopes this Saturday will be the start of something new as he faces undefeated Nathan Davis Sharp in Sacramento, CA on June 30th at the Omega Products International Outdoor Arena.

Bourland earlier this year lost his GBO light heavyweight title to Jose Hernandez via split decision only to have his grandmother pass away not that long after, this week Bourland posted that his mother who had been battling cancer had passed away during fight week.

Bourland, one of the most likable fighters in boxing is facing one of his toughest foes to date in a bout that defines his career and puts to rest a lot of his sad times this year.

Sharp may only be 3-0, but has won every bout by knockout with two of his three wins coming when he was coming in as the “opponent” (the person who ought to lose) on local cards.

This is a bout not be missed. 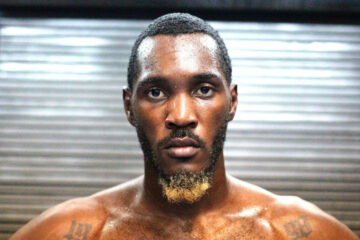