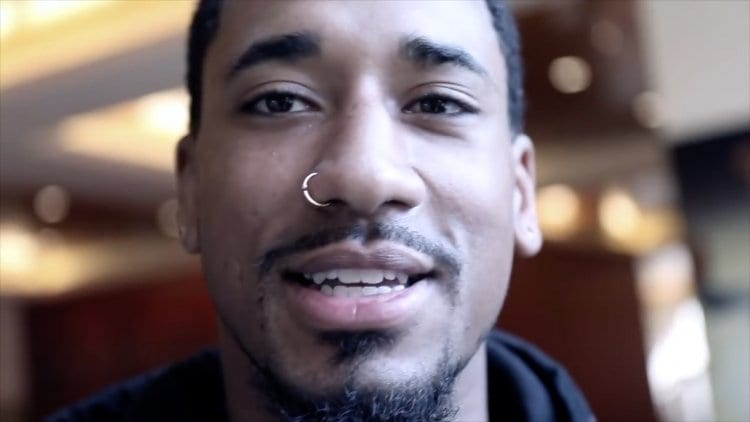 Middleweight Demetrius Andrade is one of the most talented fighters in the world, the problem has been getting fights so the world can see that.

From time on the shelf, a Roc Nation Sports mishaps, getting an HBO deal only to lose after fighting Alantez Fox, Andrade’s career has been anything, but normal. At age 30, Andrade is now with Eddie Hearn’s Matchroom Boxing and is looking to finally cash in on the talent he has had since the amateurs.

In the amateurs, Andrade beat the likes of Keith Thurman, Charles Hatley, John Jackson, Diego Chaves and many more, finding himself on the 2008 U.S. Olympic team. Andrade didn’t medal, but showed the promise to be future of boxing. Then came the confusion.

Andrade was a staple on the now ill-fated developmental boxing program, “Friday Night Fights” as he built up his record quickly until back to back impressive wins in 2013 against Freddy Hernandez and Vanes Martirosyan, both of wich were televised, the Hernandez bout being a Showtime card and Martirosyan being an HBO fight. Up until this point things felt fine, then the spurts of inactivity hit.

In 2014, Andrade beat Brian Rose, whom he stopped in the seventh round on HBO, it would be 16 months later before he saw another bout and that one was a tune-up bout off-television. Andrade would fight once again in 2016 with a brutal knockout of the powerful Willie Nelson on Showtime, but then saw the Roc Nation Sports mishaps taking him out of a Jermel Charlo fight, one that would’ve put him in line to be in a star position.

Andrade fought twice last year, but at 30-years-old, now is the time for the talented middleweight, who moved up to the middleweight division in 2017, to pursue a Canelo Alvarez or Gennady Golovkin fight, to make a statement.

Andrade’s opponent tomorrow night, Walter Kautondokwa, is about as unknown a fighter as possible for the world level of boxing, but with his original opponent Billy Joe Saunders failing a drug test and not being licensed in the state of Massachusettes, Kautondokwa was the fighter next in line for a title shot.

This is the only footage of the African fighter, Kautondokwa on the internet as he appears to look like an inexperienced Willie Nelson, but who knows if this is an accurate depiction of where he is right now.

Andrade, now has to live up to his pedigree but also has the undesirable position to possibly become a three-time world champion with most boxing fans not even knowing who he beat to win the world titles. Kautondokwa doesn’t look like he has the skills of Andrade at all, but he has the one thing in boxing you hate to face, power.

On Saturday from the TD Garden in Boston, Masachutes, Andrade will have another chance to prove his status as one of the greats of the sport as he fights on DAZN, the new streaming platform.

CANELO SIGNS WITH DAZN, BOXING HEADS TO WEB NOT PPV