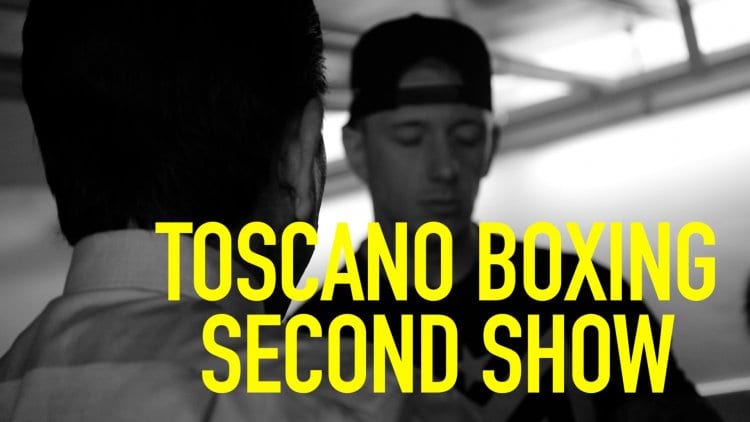 Toscano Boxing Promotions returns with their second show from the Stockton Civic Memorial Auditorium on November 2nd with former WBU cruiserweight champion Blake “The Beast” McKernan picking up a six-round decision over Jorge Escalante. McKernan comfortably won each round, but faced adversity at times as Escalante was timing him with his right hand. McKernan had just come off a grueling six-round bout the month prior in Brooks, Ca.

McKernan won via the scores of 60-54 on all three judges card.

In the co-main event, middleweight Quilisto “Kilo the Kid” Madera got a third-round knockout over Jose Joan Valenzuela. Madera boxed early and walked Valenzuela into a crisp jab that stunned Valenzuela followed by a short left hook that sat him down.

Popular Stockton, Ca lightweight Jose Iniguez picked up a lot of experience by beating Alejandro Ochoa, a seasoned veteran, who forced Iniguez to have to conserve his energy and pick his spots in the fight.

In the fight of the night and evenly matched bout, light heavyweight Marco Antonio Delgado picked up a unanimous decision win over Jasper McCargo in a very competitive fight. The fight was very tight as Delgado landed the harder punches and pressed the action, but McCargo appeared to have more volume, but find himself on the ropes, often.

In the end, the judges sided with Delgado who got the nod on all three cards.

Super lightweight Hector Madera got a majority decision over a tough Kevin Luna in a four-round bout. Madera won the bout, but spent time in the middle rounds on the ropes a bit too much which made the bout close.

Super featherweight Manuel Jaimes has started his professional career with two knockouts as he stopped George Carranza in the first round of a bout scheduled for four rounds. Jaimes missed weight by three pounds and fought a different opponent as Angel Cordon Jr. came in much heavier than his expected weight of 130 lbs, Carranza opted to fight Jaimes instead of Cordon Jr., who missed weight. Jaimes original opponent, Anthony Torres and Angel Cordon Jr. were both scrapped from the card.