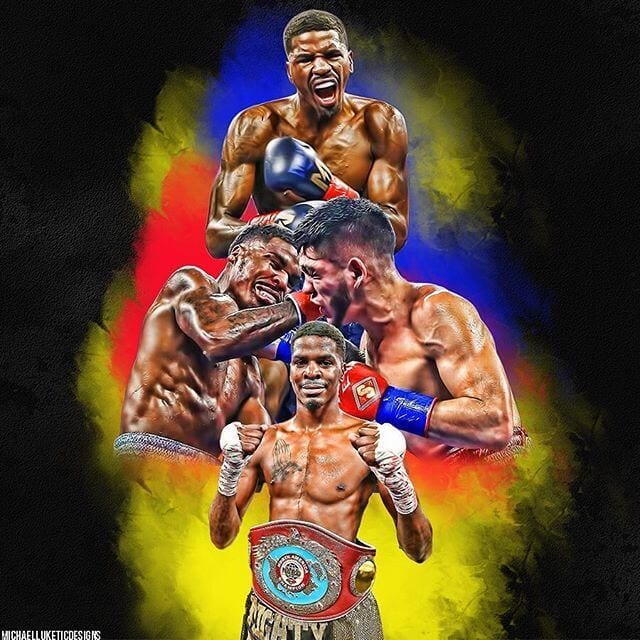 It might sound funny at first, like a clickbait title, but think about it? Before Bernard Hopkins was the hall of fame boxer he is now, he was a man burden by boxing politics, having to fight mandatory title after mandatory defenses to stay on television and for lack of a better word, never really respected by the media and masses in the late 9os. It was the complex factors of not getting respect, having served a lengthy prison sentence prior to his pro career and not want to go to go back into the system, that created the hall of famer, Hopkins.

Now meet Maurice Hooker, a man who got a draw in his first bout, signed with one of the most unorganized promotional entities the sport of boxing has ever seen in Roc Nation Sports and has never been viewed as one of the best in his weight class despite holding a world title. Hooker had to take the backroads to a world title, a good amateur with a lot of knockouts, but an amateur that never took it to the next level and fought against international competition. He trains out of the Maple Ave Boxing Gym in Dallas, Texas, a non-discrete boxing gym, that despite Errol Spence Jr. at one-time training there, isn’t known as one of the big celebrity gyms in the world.

Hooker and Hopkins both started off awful. Hopkins lost, Hooker got a draw.

Hooker and Hopkins both had promotional issues that had them hidden on undercards as well as fighting in the wrong corner, for some point of their career.

Both fighters have shown dramatic improvement over a short period of time.

Back to Hooker who is an unlikely world champion, one who I have watched a lot since he fought on Andre Ward undercards in Oakland, Ca, for many years. Hooker has now done what only Aleksander Usyk has done this calendar year, by going into his opponent’s hometown and beating them. Yet, unlike Usyk he is not getting a ton of articles written about him and not being thrown in the conversation of Fighter of the Year.

First, Hooker went to the United Kingdom and beat Terry Flanagan, a former world champion to capture the belt and last Friday on ESN, Hooker went to Oklahoma City to beat Alex Saucedo, a heavily promoted a-side that Top Rank Inc. had hoped to be in big fights with the likes of Jose Ramirez, Vasyl Lomachenko and other rising stars in the promotion.

Hooker is Roc Nation Sports lone star that they created out of ironically, the lone star state. A man who is now co-promoted by Eddie Hearn, the man with the ability to set up fights on DAZN, as well as the head of Matchroom Boxing in the United Kingdom.

To put it in short, Hooker has options.

That is all fine and good, but let’s get back to the thesis argument, is Hooker capable of being a modern day, Bernard Hopkins? A fighter who we constantly write off or typecast while the fighter continues to improve over time until becoming a legend, which is the Hopkins story (or at least to me). Hooker is out of any fighter I see the most likely to dramatically improve, though no one knows, how much, but it is safe to say he is underrated for the talent he has.

Hooker is a boxer with the mentality of a puncher, he has the ability to use distance but also can make mistakes that make him look a lot more mortal than other world champions. Hooker is confusing, because in a results-based world he is very good, but for some reason, it is hard for us, the boxing public to give him his respect as arguably the fighter at 140 lbs with the best resume, or biggest gumption winning fights that the world thought he’d lose, because something at times feels off. I can’t put my finger on it, but something isn’t quite perfect.

Hooker now is set to be a focal point of DAZN in 2019. Hooker also seems to have a name in the sport of boxing, which will help him continue improve upon his legacy as well and make him one of the more interesting stories in 2019 as he will be a pivotal role in the success and failure of the upper mid-card guys on DAZN.

I guess, the point of such a startling title is mostly to just ask, can Maurice “Mighty Mo” Hooker dramatically improve over the next four to five years and if so, could he be a fighter that we might have taken for granted all this time?