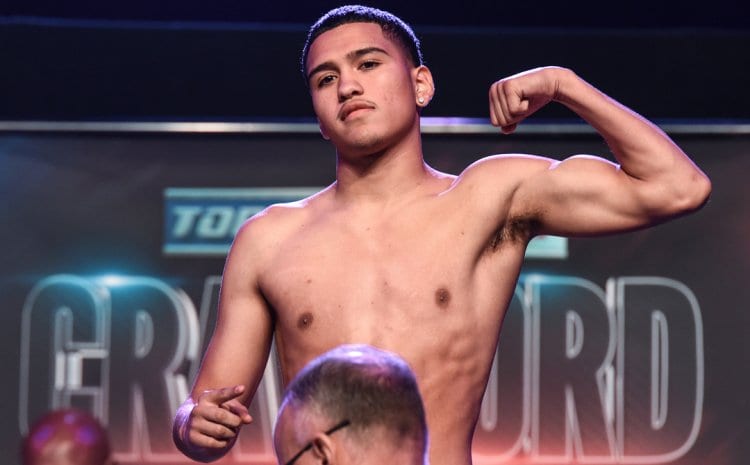 Blue-chip super featherweight prospect Gabriel Flores Jr. (10-0 5KOs) of Stockton, Ca will return December 14th in Corpus Christi, Texas on the undercard of the much anticipated rematch between WBO super middleweight champion Gilberto “Zurdo” Ramirez and Jesse Hart, which the entire card will be broadcast on ESPN+.

Flores Jr. will face Edward Kakembo of Africa, who now trains in Maryland. All of Kakembo’s win have happened in Africa as well, but he is a solid test as he has faced Top Rank’s Vladimir Nikitin, Roc Nation Sports’ Tyler McCreary and Top Rank’s Isaac Dogboe.

Flores Jr., who made his ESPN debut in his last bout against Roger Gutierrez saw his timing disrupted as he was dropped in the first-round by a flash knockdown, but came back to win the following rounds. Flores Jr. has been in the gym looking as strong as every and is looking to make a statement in this bout and hopefully elevate into the eight-round tier of fights in the near future.

Why isn't America behind Deontay Wilder?