WBC interim middleweight world champion Jermall Charlo (28-0 21KOs) needed all that he could muster to get by decorated amateur Matt Korobov in the main event of PBC on FOX’s brand new broadcast deal taking place from the Barclays Center in Brooklyn, New York.

Charlo walked into Matt Korobov’s left hand early and often, seemingly losing the first four rounds before making a major adjustment in the fifth. Charlo fought his way back in the second half of the fight, but it felt like too little, too late, at least for me that is. Despite Charlo nearly knocking out Matt Korobov in the final round, it appeared with Korobov upright, Korobov would win a close decision over Charlo and become a world champion, but no so fast.

ITRBoxing.com scored the bout 114-113 for Korobov. 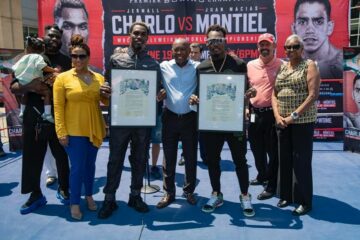