Former world champion Austin Trout and former world title challenger Terrell Gausha fought to a ten-round split draw in the main event of a card in Biloxi, Mississippi. The bout was very entertaining from a fan’s perspective, but from my seat, it appeared Gausha edged it and Trout has lost a step, but the judges saw different. One judge had it 99-91 for Gausha, one had it 96-94 for Trout and the other had it 95-95.

Unbeaten cruiserweight Efe Apochi (8-0, 8 KOs) scored a seventh round KO over Earl Newman (10-2-1, 7 KOs). The bout was highly competitive and very entertaining despite being hidden on an FS1 prelim as both guys just punched each other. Newman was hurt multiple times in the fight, and an argument could’ve been made that the corner should’ve stopped the bout on Newman’s behalf. A right hand in the seventh at 2:12 seconds stopped Newman. 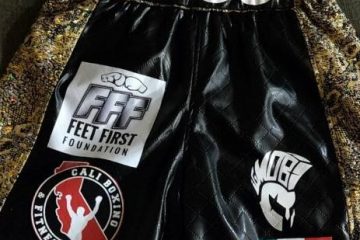