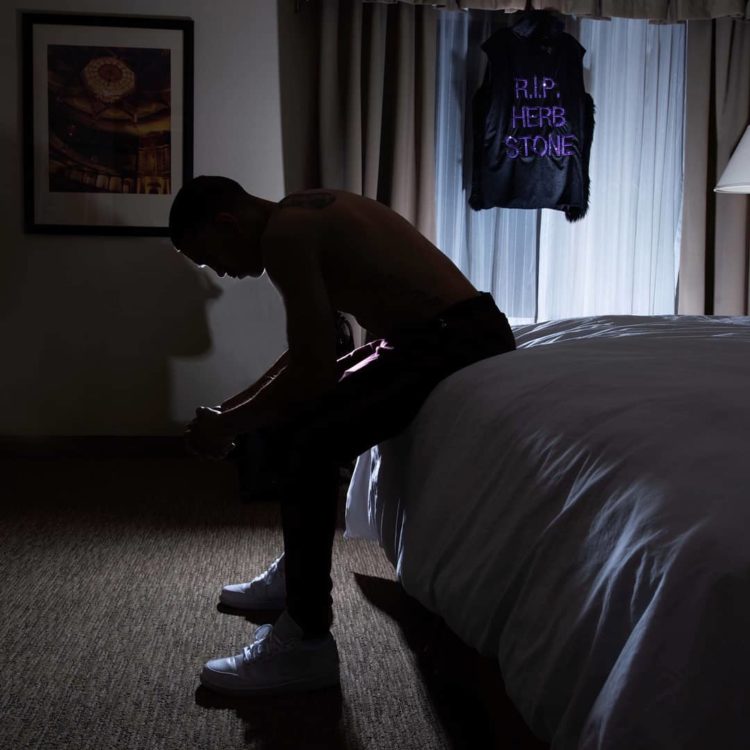 Vences, a solid amateur who never could quite get a major win at a national tournament, constantly seeing himself come in second, never gave up on his dream, even when some around him doubted him. That perhaps made him the professional he is today, that is on the cusp of a world title shot.

Vences started his professional career under the guidance of manager Herb Stone, who passed away in 2017 from a form of cancer, as Vences fought exclusively on Don Chargin and Paco Damian cards in Redwood City, Ca and Brooks, Ca in 2013. In February of 2014, Vences found himself on television for the first time ever, fighting on a Golden Boy Promotions card on FS1 against veteran tough guy Dominic Coca, making Coca quit between rounds.

After the fight, Vences changed coaches from Brian Schwartz of Undisputed Boxing Gym to Gabe Flores Sr, an upcoming trainer from Stockton, California, who had a highly touted son, who is now with Top Rank.

Vences saw success. He won his next seven fights by knockout including having to dig down deep to beat Cesar Valenzuela, as well as stopping at-the-time, signed Golden Boy Promotions fighter Santiago Guevara. Vences made the shift from club fighter to fighter signed by a promoter shortly thereafter by signing with Top Rank that summer.

Vences’ first major victory was against undefeated Top Rank contender Casey Ramos in November of 2016, in which he won the WBC Continental Americas super featherweight title. The fight was the night before Manny Pacquiao and Jessie Vargas’ pay-per-view clash and was Vences’ first fight in Las Vegas, Nevada, the fight capital of the world. It served as an introduction to some reporters and fans, who may not follow boxing closely.

During the aftermath of the Ramos fight, Vences switched trainers to his second assist, and now full-time coach Angel Cordon Sr., a good coach, who had a national champion son, Angel Cordon Jr., who was doing good in the amateurs at the time.

2017 was a hard year for Vences as he lost his longtime manager Herb Stone in that year and a shortened training camp saw an atypical performance by Vences against Angel Hernandez in a fight that looked more like a slugfest than his typical outings.

Vences would steamroll a few tune-up fights and find himself in the biggest fight of his career in March of 2018 facing a blue-chip prospect, Erick De Leon. Most watching felt Vences won, but the three people whose opinion mattered the most, the judges didn’t as they scored it a draw with the fight taking place memorably in the rain at the outdoor tennis stadium in Carson, Ca.

Whenever Vences would get a big opportunity it felt as though something would happen.

Vences would defeat tough veteran Frank De Alba in Fresno, Ca of 2018, but suffered an injury in training camp delaying his return to February of 2019 facing a tough Dardan Zenunaj, a pure pressure fighter that you have to stay composed against, and no easy test coming off an injury.

Vences boxed as well as if not better than current world champions Andrew Cancio and Tevin Farmer, who both recently fought Zenunaj, and showed poise to stick to a gameplan.

Yet, this Saturday, Vences looks to add to his story as he faces undefeated Albert Bell at the MGM Grand Garden Arena in the city, Las Vegas, that saw his biggest career triumph so far.

Vences though was scheduled to fight Bell in a ten-round bout last Friday in Reno, Nevada, but a last-second schedule change saw him on one of Top Rank’s tentpole events of the year on the undercard of must-see-television fighter, heavyweight Tyson Fury’s first fight with Top Rank on ESPN+.

“My thoughts on Saturday are he is just another victory for me, another test and another body I will add to my record. Albert Bell is undefeated but in reality, he hasn’t faced any real opposition like me. I have been through it all, from winning the title in Vegas over Casey Ramos who was 23-0, fighting undefeated Erik De Leon in a co-main event [on ESPN]. I have collected all these experiences and will use them to my advantage Saturday night. Albert has no power and we have developed a game plan to make him uncomfortable every round.” said Vences pertaining to the fight.

For Vences, it is not just about being a great fighter, but it is proving people wrong, that he can do it with his coach Angel Cordon Sr., that he can be a world champion from Northern California, which outside of the SNAC System’s gym, Virgil Hunter’s gym and “Tino” Avila, we don’t have many boxers at a high level. Vences was a guy, who had to earn everything in the sport, nothing was given and at times world title shots were handed off to other fighters who had more political capital behind the scenes.

This Saturday Vences will look to become a capital G, guy, in the super featherweight division against a fighter in Albert Bell, who has elements of young hungry Vences from three years prior. 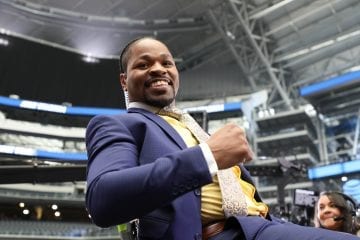